Kuzugobegi mushrooms grown in Kastamonu became the livelihood of the villagers. There are those who earn 3 thousand liras a day from the product whose weight is sold for 300 liras. “Now the season for lamb belly mushrooms has come, and the citizens contribute greatly to the family economy with these mushrooms they collect,” said Mustafa Chorbaci, who lives in the village. The Kuzugobegi mushroom, which grows in the forest area in the Hanönü district of Kastamonu, made the citizens living in the villages smile. The Kuzugobegi mushroom, which grows naturally in forest areas and is sold for approximately 300 liras per kilo, began to be collected with the arrival of spring. A kilo of mushrooms collected in the forest area by getting up early in the morning is sold for 300-400 TL in neighborhood markets and markets. 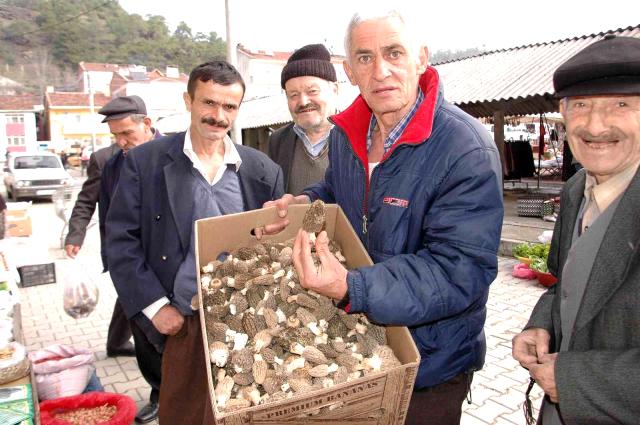 Contributes to the Budget

Erhan Türkmen, who collects mushrooms, stated that the mushrooms increase with the rains and said, “We contribute to our family budget by collecting and selling Kuzugobegi mushrooms that grow in pastures and especially in forest areas.”

Kuzugobegi Mushrooms Are Hard to Find

Emphasizing that Kuzugobegi mushrooms are the livelihood of the villagers, Mustafa Chorbaci from the village of Bölükyazı said, “It is the full season of the lamb’s belly mushroom and the citizens contribute greatly to the family economy with these mushrooms they collect. From April to the end of June, finding plenty of Kuzugobegi in the scotch pine forests. The villagers’ livelihood.” There are times when I earn between three thousand liras. Lamb’s belly is a very rare mushroom. “I walk 15-20 kilometers a day to find this mushroom,” he said.

You may be interested in: Second in the World: Valla Canyon, Kastamonu