The Armored Amphibious Assault Vehicle (ZAHA), developed for the needs of the amphibious marine corps, was introduced to the military personnel of friendly and allied countries and guest countries at the defense industry exhibition held within the scope of the EFES 2022 Exercise.

Weapons and defense systems developed by 48 Turkish companies, some of which were also used in the EFES 2022 Exercise, are exhibited at the Defense Industry Exhibition, which continues at the Doğanbey Exercise Area in Izmir.

ZAHA, which was developed by FNSS Defense Systems as a project of the Presidency of Defense Industries (SSB) in line with the request of the Naval Forces Command, is among the technologies that attract the attention of the visitors.

Developed to meet the need for the marines to move quickly to the shore by shortening the time they are exposed to threats, ZAHA can also serve as an armored combat vehicle with its superior mobility and firepower that can be activated when needed. 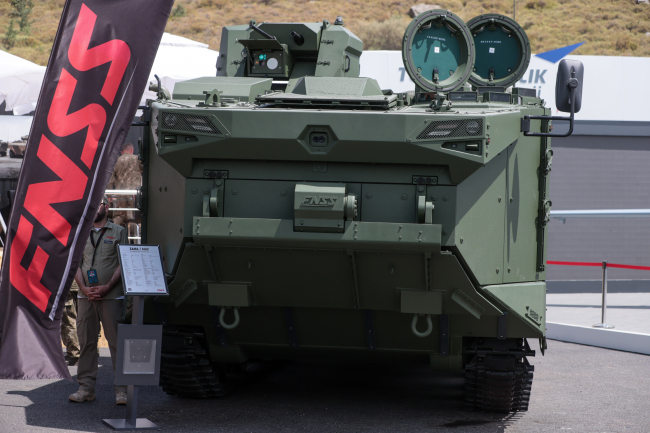 “The most advanced amphibious assault vehicle”

FNSS Corporate Communications Manager Cem Altinisik said that the qualification work for the vehicle, whose project process is ongoing, has come to an end and that it is expected to enter the inventory in the near future.

Stating that the equivalents of ZAHA can be produced in the USA and China, and it is pleasing that Turkey is developing such a product apart from these countries, Altinisik drew attention to the superior features of the vehicle compared to its counterparts in the world.

“Let everyone be happy about this, our vehicle is extremely superior to the amphibious assault vehicles used by the US and Chinese armies, it is extremely capable in terms of ballistic requirements, mine protection and survivability. It has a superior weapon station. It has an extremely capable turret, when compared to its counterparts. “The vehicle’s mobility is also extremely superior. The most advanced power pack and equipment have been installed. We were able to use all the possibilities offered by the armored vehicle technology of today’s technologies in this vehicle. It stands out as the most advanced amphibious assault vehicle in the world at the moment.” 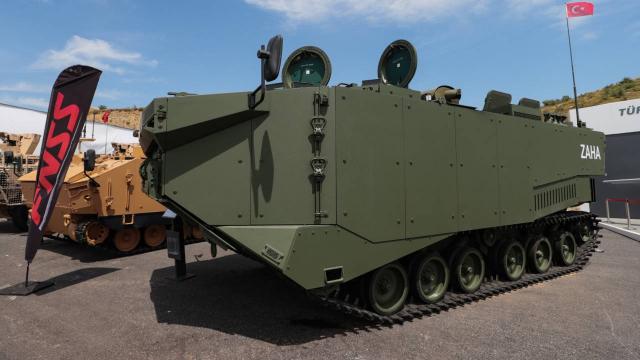 Explaining that ZAHA is also in demand by friendly and allied countries, Altınışık expressed that they are pleased with the interest shown in the exhibition.

“Delegations from allied countries and guest countries brought to Turkey by our Ministry of National Defense are inspecting the vehicle. They make some visits. In this direction, we will have opportunities to export projects and to take this vehicle to fairs in the future. As a system that we think has great potential in terms of exports,” he said. In this respect, we think that we create an important added value by supporting the sustainable economic development of our country, developing such systems in the country and incorporating systems at a level that will give them to the user.” Chip Report Stirs UK: It Can Even Be Viewed From The Fridge