Turkish cuisine includes many flavors and makes a name for itself. Turkish cuisine, which carries the traces of Ottoman culture, traditions and customs, has influenced the Middle Eastern and Balkan cuisines until today and carries different inspirations from these cuisines.

Although Turkish cuisine differs according to regions and geographies, it reveals many flavors and product details such as Black Sea cuisine, Southeastern cuisine, Central Anatolian cuisine. We take a closer look at these different regions and cities.

The Turks who came to this region locally or as a result of immigration, Greeks born and raised in Izmir, Sephardi, Levantines, those from Western Thrace and Lesbos, Chios and Albanians constitute cultural diversity. Of course, this cultural richness also shows its effect in İzmir cuisine.

Herbs and vegetables, which take their place in olive oil dishes in the first row of İzmir cuisine, draw attention with their association with fish dishes in Mediterranean cuisine.

It is possible to come across delicious examples of dishes made with herbs and vegetable dishes flavored with olive oil and fresh fish from the sea, as well as in beautiful districts of İzmir such as Seferihisar, Tire, Urla, Karaburun and Foça.

Gaziantep is located on the historical Silk Road due to its location, and this geographical location allows the blending of various cultures and laying the foundations of a rich cuisine.

There are approximately 252 unique flavors in this vast kitchen. When Gaziantep is mentioned, meat-based delicacies such as kebab varieties, lahmacun, Yuvalama and Beyran come to mind. In addition to these, we should not forget the world-famous baklava dessert and katmer.

Konya history dates back to 6000-5000 B.C. The city, which was called “Ikonium” in ancient times, has become the cradle of the world’s oldest civilizations. Çatalhöyük, which is the oldest settlement of the Neolithic period in the archaeological studies carried out to date, is located within the provincial borders of Konya today.

Konya was the capital of the Anatolian Seljuk State in the Middle Ages and one of the important centers of the empire during the Ottoman period. Having such a deep-rooted history has inevitably enriched Konya’s food culture. Although Konya is identified with meat and bread today, it has countless dishes of its own. Some of those; Bamya Çorbası, kebab, saç arası, tirit, etc. As you can imagine, the most well-known among them is meat bread(etli ekmek).

Meat bread(etli ekmek) is also not just a meal eaten in restaurants. The people of Konya often use meat breads to serve their guests at weddings, circumcisions and other mass organizations.

The cuisine of Edirne, which was once the capital of the Ottoman Empire, is as rich as the palace cuisine. Edirne is one of the most visited places in Thrace with its natural and historical beauties, and its food is another beauty that should definitely be tasted.

One of the most popular and famous tastes of Edirne, Tava Ciğeri is prepared by slicing the liver thinly, flouring it and frying it in hot oil. You should definitely try the fried liver served with fried peppers and onions, which will make a throne in the hearts of those who love hot. Other flavors that are as famous as the fried liver include liver wrap, piyaziye, mutancana, zirva, kandilli mantı ve gerdan dessert.

Due to the terrain and seasonal conditions, the people of Trabzon, who live in the countryside, lead their lives under difficult and fast conditions. Since the lands are also outside the settlements, the dishes prepared quickly with few ingredients in order to adapt to this fast life come to the fore in the local cuisine. Kuymak is an example of a quick meal.

Kuymak, one of Trabzon’s main dishes, is made with corn flour, butter and cheese, both as a main meal and a snack; It is a very delicious type of food that can be both breakfast, lunch and dinner. This local dish is also known as “Muhlama” or “Mihlama“. Kuymak is also an interesting dish that requires skill to eat because the special cheese used in its production is too curdled.

At the same time, in Trabzon cuisine, due to the development of fisheries, grilled, steamed and fried fish of fish such as anchovy, haddock, bonito, horse mackerel, and dishes made from freshwater fish such as buttered trout and baked trout are highly preferred seasonally.

Hatay, which is known as the “City of Civilizations” because it has hosted many cultures throughout history, is still known as an ancient city where people of different faiths live together in a tolerant way. Hatay, which is a bridge between Southeastern Anatolia and the Mediterranean, has of course reflected this multiculturalism in its cuisine. Hatay, whose cuisine is no longer within the borders of the city, but beyond the borders of the country, has dozens of flavors from local dishes to appetizers, salad variety and desserts.

Taking its flavor from the special, unsalted Antakya cheese, künefe is the most famous and most loved flavor of the region. Prepared by cooking a layer of kadayif, a layer of cheese and another layer of kadaif in a small tray, it is flavored with hot sherbet. It is served hot, with milk and nuts.

Şanlıurfa dishes bear the traces of Southeastern Anatolian cuisine. In this city, where tomato paste, hot and spicy dishes are served in abundance, great importance is attached to hosting guests and it is believed that the abundance will increase as the number of people at the table increases. In Şanlıurfa, which is among the provinces known as the land of kebab, meatballs and kebabs are among the most preferred dishes, while pastries are in the second place and vegetable dishes are in the last place.

Urfa Kebab is one of the most preferred flavors. This kebab, which is consumed fondly in almost every region of Turkey, is prepared with ground beef. The most important feature that distinguishes Urfa kebab from Adana kebab is the ground meat used. While a mixture of beef and lamb mince is used in Adana kebab, low-fat mince and tail fat are preferred in Urfa kebab. Also, Urfa kebab is less bitter than Adana kebab.

Kebab varieties are also quite large. To give an example from other dishes unique to Urfa, Ciğer Kebabı, Taş Kebabı, Paşa Kebabı, Kazan Kebabı, Tepsi Kebabı, Bahçacı Kebabı, Elma Kebabı, Balcanlı Kebabı and many other varieties of this kebab heaven are Söğülme, Uzmeli Pilavı, Mumbar Dolma, İçli Köfte and Lebeni.

In Kayseri cuisine, special dishes are prepared at banquets and weddings, apart from daily tables.

There is a food culture consisting mainly of floury and meaty foods. Manti is the most popular among them.  According to the researches, 36 types of mantı are cooked in Kayseri. The most common among them is meat mantı.

The history of mantı dates back to the Ottoman period. As the most consumed food in Kayseri tables, where pastry is consumed very often; There are Aşma-Karna, Su Böreği, Tandır Böreği, Katmer, Pastırma, Yoğurt Tatlısı, acid and braided rice.

One of the most distinctive features of Malatya cuisine is that it is a pioneer in the use and evaluation of materials and at the same time it is surprising. Dozens of meatballs are made from bulgur, cherries, quince, grapes, hazelnuts, violets, mulberries, beans, chard, ivy and spinach leaves, the main ingredient of which is a kind of wheat flour. It should not be forgotten that a large part of Malatya cuisine is vegetarian cuisine.

It has a culture based on agricultural products. At the end of the threshing (autumn), winter food preparations are started. These are flour milling, cracking bulgur, pulling, noodle, kadaif, tomato paste making, drying vegetables, cutting meat. Meals vary by cities and villages. Local dishes such as Ayran, Pancar, dimak, evelik, hedik are usually served in the countryside during the summer months. In winter, doughy dishes such as tirhit, sübüra, kelecoş, tarhana, içli köfte, hinge are eaten. In the cities traditional dishes are served, as well as vegetable dishes. Despite this, the most known and preferred flavor is Sivas Köftesi, named after the city. 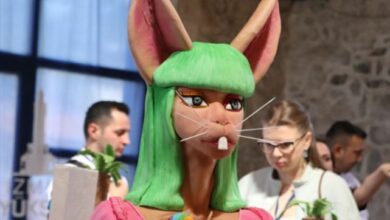 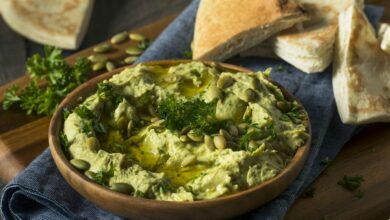 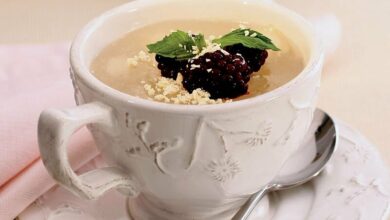