Turkish Astronaut In Space Next Year

Yildirim, in Konya, where he came to attend a conference, talked about the last stage reached in Turkey’s National Space Program. Stating that the training period of the first Turkish astronaut will be between 4 and 6 months, Yıldırım said, “We predict that the selection process will take 2-3 months. Our astronaut will be ready by the end of the year. He will go to space next year.” said.

Stating that one of the most important of these studies is the astronaut program, Yıldırım continued his words as follows: “Our astronaut, whom we will send into space, is going with a science mission. The selection process for these astronaut candidates will begin soon. We are in the last phase of this process. Two people will be selected, pre-selection will be made. Then different candidates will be selected. Eliminations will be determined according to the criteria. Two selected people will go to the relevant institution and receive training. At the end of this training, our most successful candidate will go to the space station and stay there for a week and 10 days, perform our experiments and return.”

Emphasizing that the final design of the spacecraft to be included in the Lunar Research Mission will be completed in June, Yıldırım said, “The preliminary design has been made. Now the final design is finished, production will begin later. There is a small problem here. We cannot produce this vehicle 100 percent domestically yet.” We are not at the production point, but we produce with a locality rate of close to 70 percent. Still, there are a few parts we depend on. If there is no problem with their deliveries, we plan to have them ready at the end of 2023, at the beginning of 2024.” 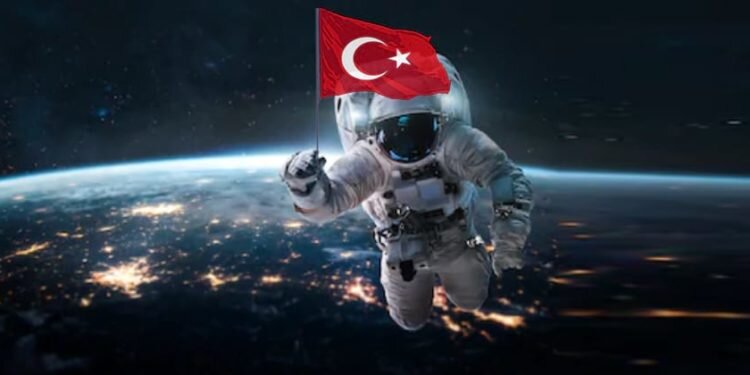 100% Domestic Engine Will Be Used

Stating that the spacecraft will take off in 2024, Yıldırım said, “Our domestic engine. It is a very important part of this vehicle. In other words, our engine that will propel the moon to the moon is a developed rocket engine. It is 100 percent domestic by Deltav. The final test studies are very successful. It is being converted into a space engine. Of course, there is still a process for this. It will be tried in different ways. We also participate in these tests. And I can say with satisfaction that it went very well. Of course it may happen, but it does not undermine our goals in any way. I am very pleased with it. There were even those who wanted to make equipment from meat. This makes us proud. “

Pointing out that Turkey will exist in space with the National Space Program, Yıldırım said, “The fact that our vehicle reaches the Moon means that Turkey is one of the 5-6 countries that can reach the Moon, which is a big move. Besides the technical side of the business, there is also a dimension. that is, we guarantee our rights there by delivering a vehicle to the Moon. “We are trying to take it to the end. We anticipate that there may be some difficulties in supply. Because this war also affected some things. Delivery times have already been extended during the pandemic period. So I predict the year 2024.”