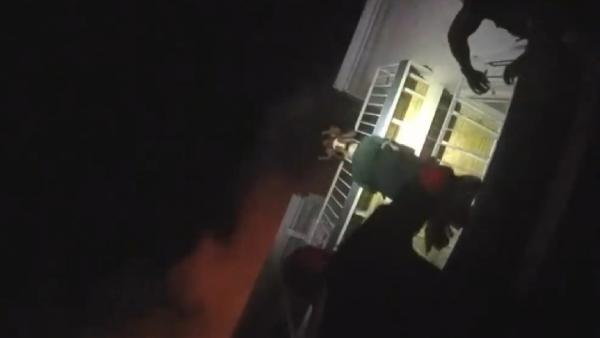 Authorities later reported that the mother and grandmother were also rescued with the help of a fire escape. In the statement, it was stated that there was no loss of life in the incident and the little baby was healthy. In the police statement, it was emphasized that Officer Puzynski took off his vest with a camera before going out to the balcony and left it on the ground, and incidentally, the camera recorded the whole event.