A foreign national who was seen driving the official police vehicle in a video shared on social media was caught in Eyüpsultan. The person against whom proceedings have been initiated for the crime of using special signs and clothing improperly will be deported.

The images of the foreign national who shared the moments when he was driving the official police vehicle in Istanbul on social media garnered great reaction. After the incident, the Istanbul Police Department teams took action and started work to catch the foreign national. 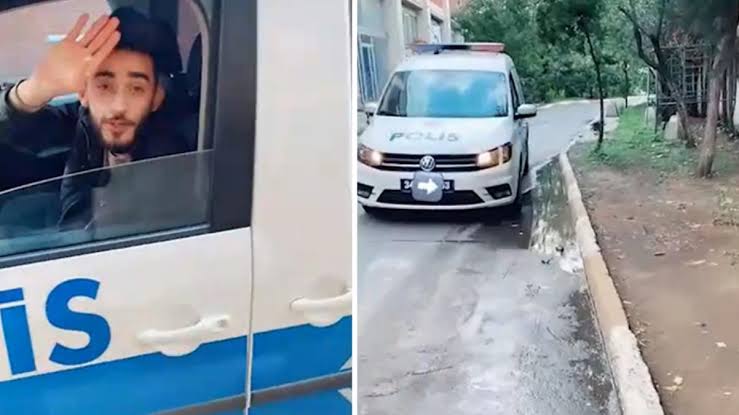 THE VIDEO WAS MADE IN THE POLICE VEHICLE LOST FOR MAINTENANCE

In the examination, it was determined that the video was first shared from an account belonging to B.H (25), a Syrian national. It has been learned that the suspect, who was detained at his home in Sakarya Mahallesi, recorded the video at the auto repair shop in Zeytinburnu, where he worked until 8 months ago, while taking the police vehicle left for maintenance to the washing department.

It has been reported that the deportation proceedings of B.H., whose action was taken pursuant to Article 264 of the Turkish Penal Code, titled “Irregular use of special signs and clothing”, have been initiated.

What is Deportation? What are the Most Common Reasons for Deportation of Foreigners in Turkey?