The sale price of Karaca Island, which has a special title deed of 316 thousand square meters in the Gulf of Gokova in Mugla‘s Marmaris district, has increased. The island is currently waiting for a buyer for 360 million TL. The sale price of Karaca Island, which is 316 thousand square meters between Sedir Island in Mugla’s Marmaris district and Okluk Bay, and belongs to Turkish business people living in the USA, has been updated.

The Price of Karaca Island Increased

In 1999, when the sales announcement was first announced, the sales announcement of the island, whose square meter price was determined as 459 TL and 145 million TL was requested, was updated on the website on 24 April. The square meter price of the island, whose zoning status was determined as a protected area, was increased to 1139 TL. It was recorded that the current selling price of the island is 360 million TL.

On the island where there are 3 detached houses, each of which varies between 50 and 100 square meters; According to the current zoning situation, it was stated that daily accommodation, food and beverage, marina can be built. 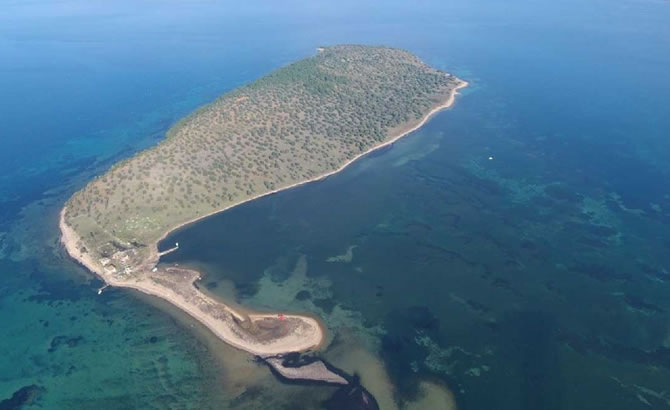 The Size of Karaca Island is 381 Thousand Square Meters

At the same time, the island, which has 4 coves on the blue cruise route, has 65 decares of forest usage area. The total size of the island is 381 thousand square meters.