4006 TUBITAK Science Fair was organized by Türk Telekom Science High School in Siirt. 56 projects prepared by students were introduced at the fair. At the fair, it was stated that the students designed a weapon to prevent unconscious hunting, and that the designed weapon detected endangered creatures and prevented them from being shot at. The weapon project designed by the students attracted great attention from the visitors.

Türk Telekom Science High School student Muhammet Emre Göztok stated that he and his friend had designed such a weapon in order to prevent unconscious hunting, and said that the weapon they made would protect endangered animals. Göztok said, “If we talk about the hardware features of our weapon, we have a detection sensor here, it sees the creature in front of it and the detection sensor processes the image here. It works just like lens applications. After processing the image, the mechanism we created with our codes understands whether the creature in front of it is extinct or not, and accordingly closes the trigger or tries to shoot it. He doesn’t allow it,” he said.

A student named Muharrem Yılmaz said, “We have designed a weapon to prevent unconscious hunting. The weapon we have designed detects endangered creatures and prevents them from being shot at. In this way, we think that we can leave endangered species to future generations.” 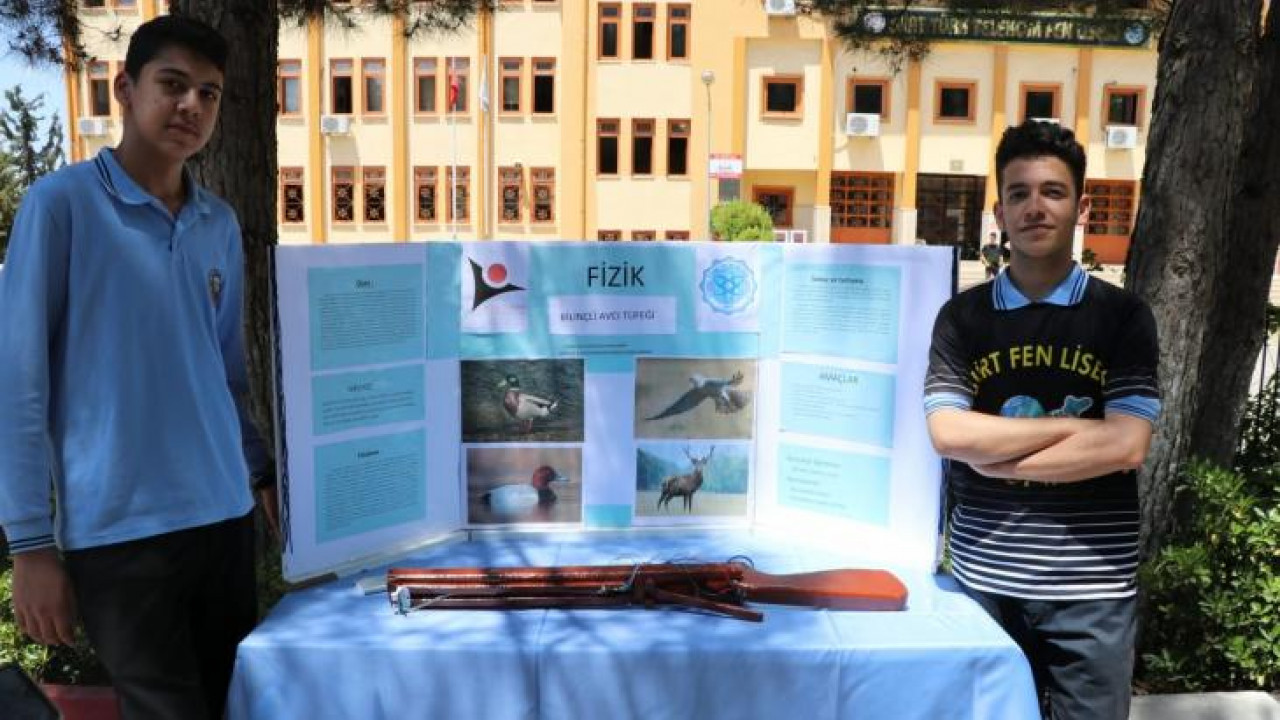 Türk Telekom Science High School Principal İdris Yolbaş, who stated that 56 successful projects attracted attention at the fair, stated that the most interesting thing in the fair was the weapon that prevents the hunting of endangered animals. Yolbaş said, “We made 34 applications in the TUBITAK project. One of our projects made it to the regional finals. They will represent us in the Turkey finals. We have had 14 patent applications, 12 applications at TEKNOFEST. Today, we are holding the 4006 Science Fair here. We are doing it with 56 projects. Most interest “One of our projects that attracted attention was this weapon project. The aim of the project here is to prevent the hunting of endangered animals. I congratulate all our teachers and students who contributed to these projects. I wish them continued success,” he said.