When will the new season start in Kurtlar Vadisi?

The 50-year-old actress shared the new season broadcast date of Kurtlar Vadisi in a music program she attended recently. Şaşmaz, giving the good news that the preparations for the new season episodes of Kurtlar Vadisi will begin in 2023, said, “I played 397 episodes, 20 years of my life passed with this. It was a rewarding but very tiring job. We thought we’d take a break. Now the series has started to be requested again. It will be fortunate.” said.

Kurtlar Vadisi Can be Published on Digital Platforms

So, on which channel will the new season be broadcast on Kurtlar Vadisi? The answer to this question had previously come from Şaşmaz. The actor said in a TV program he participated in the past months that the series would be broadcast on one of the digital platforms. The probability of the series being broadcast on BluTV is slightly higher. Of course, we can also see it in Acun’s Exxen. Netflix or Disney Plus may also be broadcast on these platforms, although it is unlikely. I wish the series, which has not been forgotten for years, which has locked everyone on the screen, whose lines are still returning, would come to the screens on TV…

Valley of the Wolves Watch Order

The old episodes and important scenes of the Kurtlar Vadisi series, which took a long break, are still shared. For quick recall, the series can be viewed on the YouTube channel. Kurtlar Vadisi has been watched as much as its TV series. If you ask in what order should Kurtlar Vadisi be watched;

Valley of the Wolves Players

Who do the characters in the Kurtlar Vadisi series actually portray? Here is the list of players for those who are wondering who the real characters of the Valley of the Wolves are: 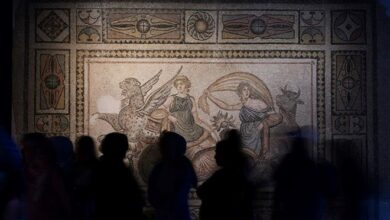