Erdogan met with Russian President Putin. During the meeting, the exchange of prisoners in Turkey and the developments regarding the war in Ukraine were discussed. Putin thanked Erdogan for the exchange of the Russian pilot and the former US sailor. During the meeting, Erdogan underlined the role played by the MIT in the exchange process. While tensions between Washington and Moscow escalated due to the Ukraine war, the long-awaited prisoner exchange between the two countries took place yesterday. Russia has exchanged Trevor Reed, a former US Marine Corps soldier imprisoned in the country since 2019, for Russian pilot Konstantin Yaroshenko, imprisoned in the US for cocaine smuggling. The barter transaction, which does not appear as in the movies, took place in Turkey.

First Statement from the USA

Putin Thanked for The Exchange

Following this development, a telephone conversation took place between President Erdogan and Russian President Putin today. During the meeting, the exchange between Russia and the USA in Turkey and developments in the war in Ukraine were discussed. During the meeting, Putin thanked President Erdogan for the exchange of Russian pilot Yaroshenko and American marines Reed, which took place under the coordination and supervision of the MIT. 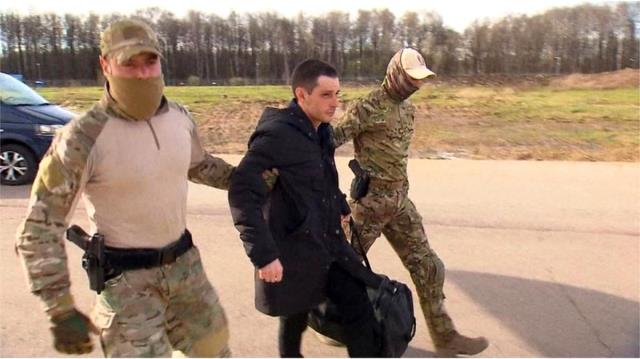 Pointing to the role played by the MIT in the population exchange process, President Erdoğan stated that coordination and dialogue between intelligence units should be continued. During the meeting, President Erdoğan stated that the continuation of the dialogue between the intelligence units will contribute to the prevention of tragedies and stability in the region.

During the meeting, President Erdoğan stated that they are ready to take the initiative to end the war between Russia and Ukraine and to mediate on the road to peace. In his meeting with Putin, President Erdoğan stated that they want to establish a lasting peace in the region as soon as possible by increasing the momentum gained in the Istanbul talks.