One of the magnificent historical buildings of Istanbul is the Basilica Cistern located in the southwest of Hagia Sophia. Built by the Byzantine Emperor Justinian I (527-565), this large underground cistern was named as the “Basilica Palace” among the people because of the marble columns rising from the water and seen as countless. 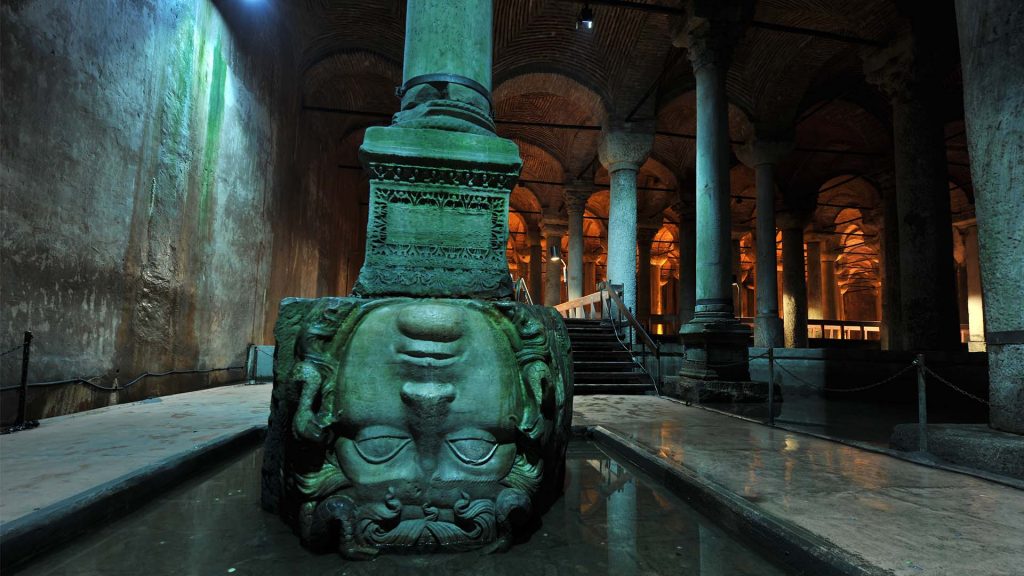 Since there was a Basilica in the place where the cistern was located, it is also known as the Basilica Cistern. The cistern is a giant structure covering a rectangular area of 140 meters in length and 70 meters in width. Covering a total area of 9,800 m2, this cistern has a water storage capacity of approximately 100,000 tons. There are 336 columns, each 9 meters high, inside this cistern, which can be accessed by a 52-step stone staircase. These columns, erected at 4.80 meters apart, form 12 rows of 28 columns each. 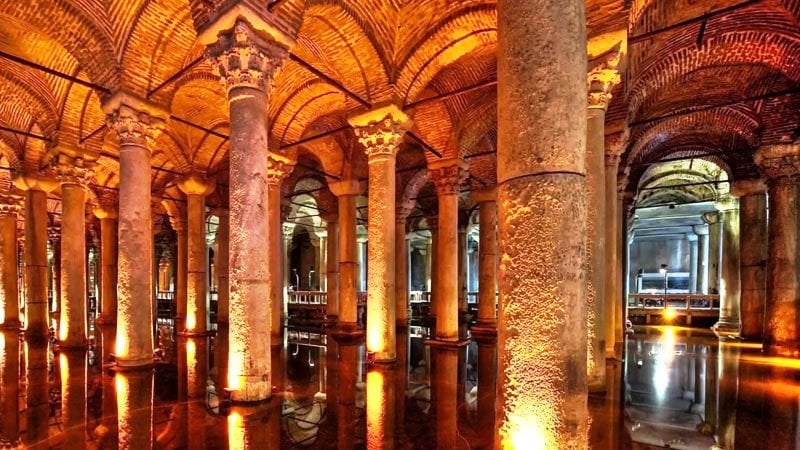 Most of the columns, which are understood to have been collected from older structures and were carved from various marble types, are mostly composed of one piece, and some of them consist of two pieces. The headings of these columns have different characteristics in places. According to a rumor, the reason why the shapes on it look like tears tells about the hundreds of slaves who died in the construction of the Great Basilica. 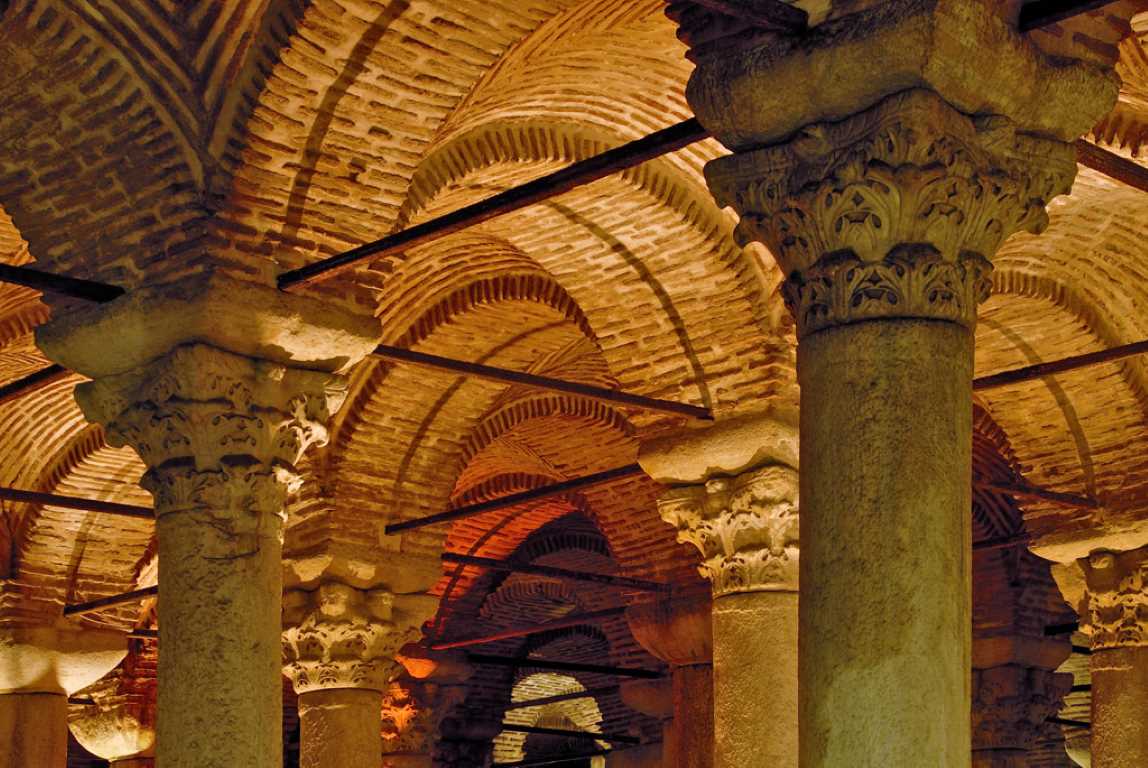 After crossing the ferry from Kadikoy to Eminonu, you can transfer to the Kabatas-Bagcilar tram. You can reach the Basilica Cistern when you get off at the Sultanahmet stop by tram.

After getting off from Sirkeci stop by using Marmaray from Uskudar, transfer to Kabatas-Bagcilar tramway. You can reach the Basilica Cistern when you get off at the Sultanahmet stop by tram.

From Umraniye, you can take the Uskudar-Cekmekoy metro and get off at the last stop inUskudar. From here, transfer to Marmara. After getting off at Sirkeci stop, transfer to Kabatas-Bagcilar tram. When you get off the tram at the Sultanahmet stop, you can reach the Basilica Cistern.

If you come from Buyukcekmece, Esenyurt, Avcilar, Kucukcekmece, Bahcelievler, get off at Cevizlibag stop by Metrobus and transfer to Kabatas-Bagcilar tramway. You can reach the Basilica Cistern when you get off at the Sultanahmet stop by tram.