Pro-government supporters took to the streets in the capital Tehran in response to the demonstrations that started after 22-year-old Mahsa Amini died after being detained by the morality police in Iran.

In response to the demonstrations that started after 22-year-old Mahsa Amini died after being detained by the morality police in Iran, pro-government supporters took to the streets in the capital Tehran, chanting “Down with Israel” and “Down with Israel“. I am with my police” and “A woman’s veil is life, her veil is freedom”. threw.
Protests began after the death of 22-year-old Mahsa Amini, who was detained by the morality police on September 13 in Tehran, the capital of Iran, on September 16, on the grounds that she did not comply with the headscarf rules. against the “morality police” and the “mandatory hijab” across the country. continues throughout the day. Against the growing demonstrations, thousands of people gathered in Tehran for the second time today to show their support for the government.

The demonstrators, chanting pro-government slogans, marched to Revolution Square, holding banners reading “Down with the Fitneists” and “Down with Israel”.

41 people died in the demonstrations

In a statement made by Iranian state television, it was announced that at least 41 people, including police officers and members of the Basic militia of the Revolutionary Guards, were killed in protests across the country.

Mahsa Amini, who was taken to hospital after being detained by the Irshad patrols, known as the morality police, on September 13 in Tehran, died on September 16. Tehran Police Department, in a statement about Mahsa Amini’s death, stated that Amini was taken into custody. Due to an unsuitable headscarf, she passed out at the police station without any physical contact. 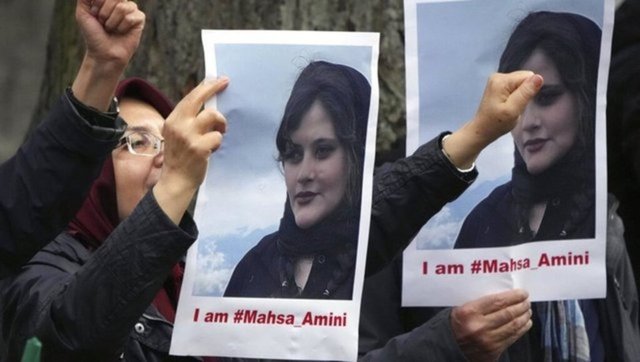 Mahsa Amini demonstrations spread to many cities in Iran

Protests continue after the death of 22-year-old Mahsa Amini, who died in Iran after being detained on the grounds that she did not comply with the headscarf rules. Iranian authorities have confirmed three deaths so far. However, it is feared that the death toll is much higher than announced.

The Tehran administration has terminated internet access in certain areas as of yesterday evening to prevent protesters from communicating and meeting. In this context, the internet of 3 GSM operators in Iran was cut off for a long time.

The death of Emini on September 16, who was hospitalized in a coma after being detained by the Irshad patrols known as the “morality police” in Tehran on September 13, caused great indignation in the country.

After Mahsa Emini’s funeral in her hometown of Sakkız on September 17, protests broke out in Tehran and cities in the west of the country.

A Plane Crashed into A High Voltage Line in the USA!