Gumusler Monastery is located in Gumusler town of central district of Nigde province. There is no source of any period about its name and history in the Middle Ages. Although the exact date of construction is unknown, it is thought to have been built between the 8th and 12th centuries AD. The monastery carved into a large rock church; Although it is located within the borders of the Cappadocia Region, it has been very well preserved until today. It is also one of the largest monasteries in the country.

The monastery consists of rock-cut spaces arranged around a square courtyard measuring 13×60. These spaces consist of the kitchen, corridors, rooms and the church. There are many monasteries carved into the rock in Cappadocia.

Some scholars consider these monasteries in two groups as the refectory (trapezoid) and the open courtyard. Gumusler Monastery belongs to the second group. A square courtyard is reached by passing through a door carved in the form of a vault inside the monastery. There are tombs and cellars in the middle courtyard. At the entrance, on the left side of the courtyard, is the underground city. On the opposite side, there are shelters reached by corridors.

Inside these rooms, there are stone doors the size of a millstone in order to prevent any attack from the outside. There is a communication system in the form of ventilation and megaphone reaching the ground surface from the underground city.

The courtyard was also used for burial. From time to time, graves were opened and corpses were buried. Products such as legumes, grains and flour were stored in containers called pitos (pottery made of terracotta).

The most important structure of the Gumusler monastery is the church to the north of the kulliye. The church is planned with four free-supported closed Greek crosses. There are two burial niches to the north of the northern cross, and two entrance areas covered with barrel vaults to the west of the naos. It is thought that at least three different masters worked on the murals of the church.

Jesus sitting on the throne at the top of the three stripes in the main apse, the pictures of church fathers like two angels on the right, the symbols of the Bible writers and the Virgin Mary and the apostles in the Desis scene, and the church pictures, in the lower strip, fathers such as Basil the Great from Kayseri, Gregorios from Nysa, Gregorios from the Nazis…

It is thought that the Annunciation to Mary, the birth of Jesus and the Presentation to the Temple scenes on the northern cross arm and the figures of John the Baptist and St. Stephanos were made by a second artist.

The figures of the Virgin Mary and child Jesus on the south of the entrance door from the inner narthex to the naos and the figures of the archangels Gabriel and Mikael on both sides belong to the third artist. On the walls of a room above the narthex, hunting scenes not seen in Cappadocia and a composition of various animals draw attention.

As in many churches in the Cappadocia Region, wall paintings can be made according to the iconographic and stylistic features of the Gumusler Monastery. The murals in the monastery were repaired in the 1960s by British archaeologist-restorer Michel Gough.

When to Apply for an ITIN Number? 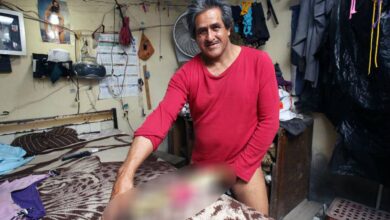 His 48 cm Penis Is Constantly Giving Him Trouble 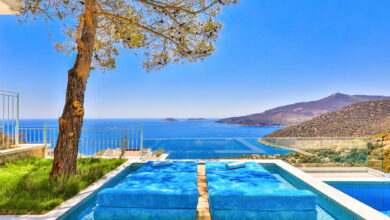