In Sumela Monastery, which has experienced the busiest days of recent years, a walking path will be built in the area where the chapels are located while the lighting works continue. Making statements on the subject, Trabzon Provincial Culture and Tourism Acting Director Tamer Erdogan stated that the restoration works in the Sumela Monastery have been completed and the lighting works are continuing, and the walking path project for the area where the chapel is located continues approximately to be finished.

Expressing that there has been an intense influx of visitors to the Sumela Monastery this year after the pandemic, compared to previous years, Erdogan said, “As a result of the devoted and careful follow-up of our Minister, the restoration works in Sumela also accelerated. As of May 1, the number of domestic and foreign visitors reached 220 thousand. At the moment, we are at the installation stage of the lighting, half of it is almost finished. Hopefully, the lighting process will also be finished. Our walking path project for the area we call the chapel is about to be finished. “The visitor density in Sumela Monastery is many times higher than in previous years. This will continue to increase in the coming years,” he said.

“The work to be done, the density will reduce”

Stating that tourism has reached its peak in Trabzon now, Erdogan said that there are problems in finding accommodation in accommodation facilities. Erdogan said, “Trabzon is a city with a very high potential with its history, culture and tourism. Uzungol is one of the brand destinations of Trabzon. Tourists from the Gulf countries show great interest here. This interest will increase in the coming years. Trabzon tourism has reached its peak at the moment.” Whether in Trabzon or in Trabzon, we have difficulties in finding a place in our accommodation facilities. Hopefully, the number of beds will continue to increase in the coming years,” he said.

Tamer Erdogan, Deputy Provincial Culture and Tourism Director, stated that approximately 3,000 planes landed and departed from Trabzon Airport as of January-August, adding that the number of passengers arriving in the city with these planes reached 500 thousand. Erdogan continued his statements as follows: “Compared to January-August of this year, we have about 3,000 aircraft landing and taking off. The number of our domestic and international arrivals is around 500 thousand. This number will increase in the coming days. As of August, it is at the peak level. September-October. Our visitor profile consists of tourists from Gulf countries, primarily Saudi Arabia, Oman, Kuwait, Qatar, Iraq, Jordan. They show interest in us. Hopefully, we will have hotel investments that will include new destination regions and our Ministry continues to work on this issue.”

“Arab tourists love kuym the most”

Stating that tourists from Gulf countries generally prefer kuymak, fish and meat varieties, Erdogan said, “Trabzon is a place with a very rich cuisine in terms of food culture. We are doing gastronomy studies on this subject. They show great interest in Kuymak. fish varieties and meat varieties. “We have facilities, we have restaurants,” he said.

Where to Visit in Batman? Batman Attractions

10 Things to Wonder About the Eastern Express 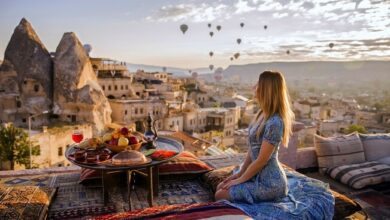 Top Activities You Can Try During Your Turkey Package