Ferhat Arican was born on July 28, 1993 in İzmir. Ferhat Arıcan, 27 years old, is a gymnast. Arican started gymnastics at the age of 10 with the encouragement of his physical education teacher in primary school.

At the 2010 Youth Olympics held in Singapore, she won the silver medal after Mongolian rival Ganbatyn Erdenebold on the jumping table. He won the bronze medal in the parallel bar category of the 2013 Mediterranean Games held in Mersin in 2013.

Arıcan registered the parallel machine in 2008, the jumping table in 2013, and the 3 movements he performed at the 45th Artistic Gymnastics World Championships in 2014 in China. In the world gymnastics literature, he has succeeded in being the first athlete to have 3 movements registered in his name.

In the statement made by the Turkish National Olympic Committee in August 2014, Arican was among the 16 “golden” children who promised medals to be supported on the way to the 2016 Rio Olympics. Arıcan, who ranked 11th with a total of 86,131 points in the pull-ups and pull-ups, became the second male gymnast to compete in the Olympics for Turkey after Aleko Mulos, after a 108-year hiatus.

Arican transferred to Goztepe in January 2019. In the 2020 European Men’s Artistic Gymnastics Championship, national athlete Ferhat Arican won a gold medal in the parallel bar apparatus. He returned with a gold medal from the European Gymnastics Championship he attended on April 25, 2021, and named the Turkish name as Europe. Ferhat Arican, who made it echo in the skies, touched us all with his national pride. 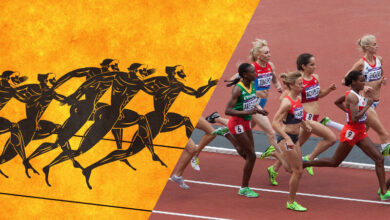 ANCIENT ORIGINS OF THE OLYMPIC GAMES