Scientists doing research on global climate change at the Ross ice shelf in Antarctica landed on the lower layer while jumping to measure air pressure. The scientists, who are happy to find a new ecosystem, will conduct a large-scale research on the compartment that is estimated to contain new species.

New Zealand scientists made a very important discovery during their work 500 meters below the Ross ice shelf in Antarctica. After one of the jumping scientists moved his feet sideways to measure the air pressure on the ice shelf, it was noticed that there was a hidden compartment at the bottom. 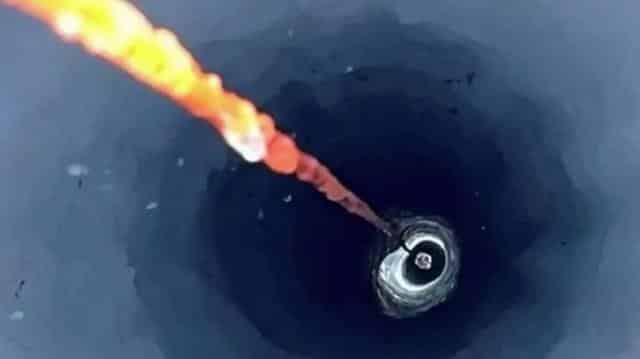 The scientists descended into the lower layer thanks to a new hole they dug. They were stunned by what they saw. Because the new layer found opened the doors of a completely different world. A large-scale study will be carried out on the compartment, which is thought to contain new species.

Craig Stevens, who was part of the team, said in a statement, “We started jumping up and down. Because with this method, we were going to find out if there was a new ecosystem there. That’s when we encountered such a surprise.”

“Observing and sampling this river was like being the first to enter a secret world,” said Mr Horgan, expressing his feelings about the discovery.

You may be interested in: Mysterious Door Photo from Mars

Vladimir Zelensky: I Will Reform