There is a change in the regulation that assigns an automatic valuation firm as of September 20 in real estate sales to foreigners. With the regulation that entered into force on September 20, 2021 within the scope of the “Procedures and Principles Regarding the Valuation Reports to be Prepared in Transactions to which Foreigners will be a Party” of the General Directorate of Land Registry and Cadastre, the valuation expert is now automatically appointed through the TADEBIS-WEB TAPU system. Sector representatives, who argued that the appraisal reports were lower than the housing value, mobilized to change the regulation. Sector representatives who wanted the practice to be reorganized went to Ankara and shared their views by going to the General Directorate of Land Registry and Cadastre. As a result of this meeting, it was decided to establish a commission. Then the issue was handed over to Murat Kurum, Minister of Environment, Urbanization and Climate Change. The Minister Institution gave instructions for the reorganization of the application.
The negotiations between the sector representatives and the parties ended. The new regulation, which brings alternative solutions to the automatic assignment system, is expected to enter into force in a few days. According to the information obtained, in the new regulation, the valuation company will not only be assigned automatically, but also the opportunity to choose a company will be given. Automatic assignment will not be canceled, but companies will also be given the right to choose. Firms that want to choose their own valuation company from the list. Officials stated that software arrangements for the new system continue.

The Capital Markets Board (SPK) and the Turkish Valuation Experts Association (TDUB) will also supervise the transactions. The official stated that the inspections will continue in order to prevent fraudulent sales, “As the firm will choose an appraisal firm over the system, it will be easy to control. In case of irregularities, valuation firms will be penalized until they are closed, and citizenship will be revoked.” 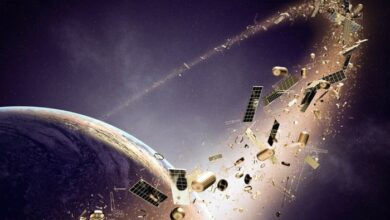 Warning from Scientists: We Won’t Find Aliens Because of Garbage