Termessos Turkey is one of the best preserved ancient city. It is located on the Korkuteli road, 30 kilometers northwest of Antalya. It was built on a natural platform in the southwest of Gulluk Mountain, at an average altitude of 1,150 meters above sea level. It is hidden among many wild plants and bordered by dense pine forests. Termessos has a different and impressive atmosphere than other ancient cities with its peaceful and untouched appearance. Due to its natural and historical riches, the city has been included in the national park that bears its name. A fee is paid at the entrance to the National Park. There are beautifully arranged picnic areas at the entrance. You can get printed brochures from the counter you pay. 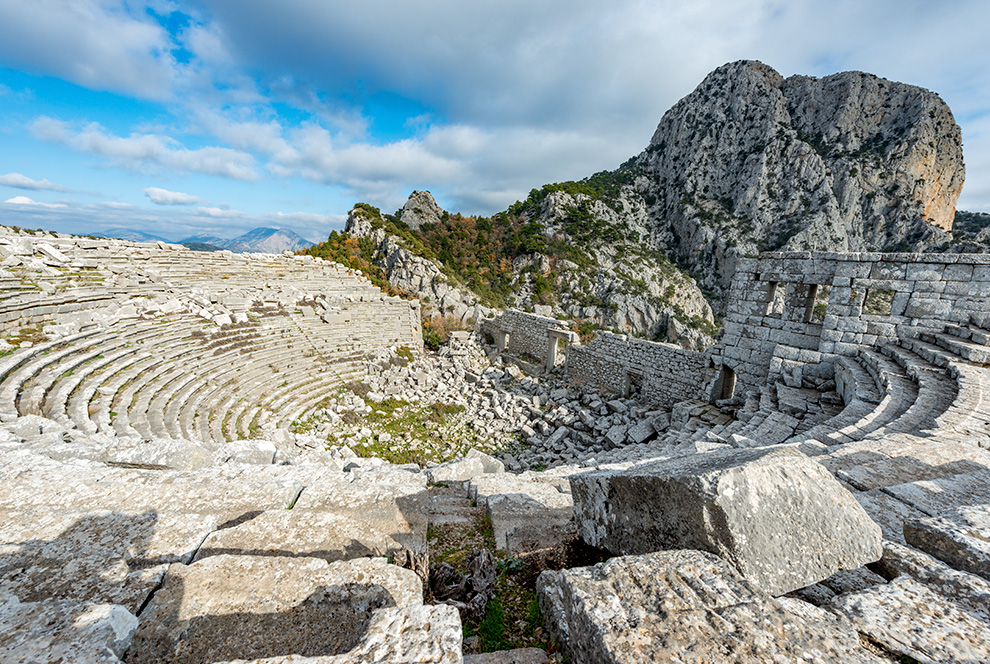 Here, you can take a picture of a detailed layout plan to be given by the officials with your phone. From here, it is necessary to climb to the peaks of Gulluk Mountain for 9 km with an asphalt road in the Termessos. At the end of the road, there is a toilet, a large car park area (free of charge), information signs, and the building where the attendants are located. In this part, there are rock tombs and a monumental structure. After this point, the city is reached by climbing approximately 800 meters from a stony path. The views to be watched while relaxing above are very striking. The most needed thing above is water. Please bring back your empty pet bottles.

Termessos is an important ancient city founded by Solyms, descendants of Luwians, one of the oldest peoples of Anatolia, in the southwestern part of Pisidia, known as “Milyas”, in the valley between the peaks of Solymos Mountain, which is called “Gulluk” today. It is one of the most striking ruins preserved in the forest and is located in the National Park of the same name. The Gulluk Mountain (Termessos) National Park is a botanical area with its vegetation and an open zoo with the feature of hosting many animals, including endangered ones. 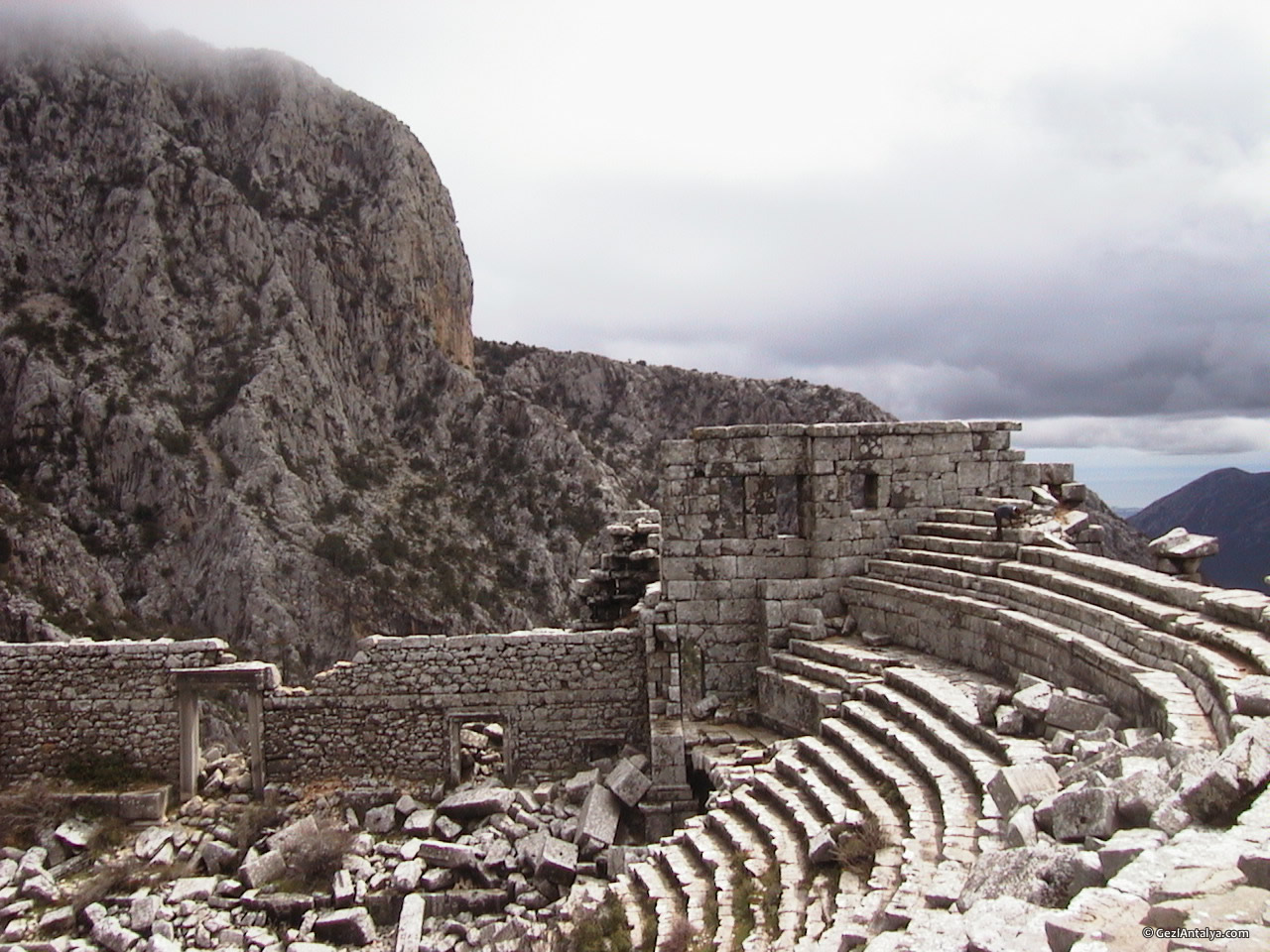 Access to this ancient city located in the Gullluk Mountain National Park in Antalya is a bit difficult. Termessos Ancient City is located on the Antalya-Korkuteli Highway. The ruins, which are 37 km away from Antalya city center, can be reached in 45 minutes by private car. There is no chance to reach Termessos from Antalya by public transportation. You can get on the Antalya-Korkuteli minibuses and get off at the Termessos crossroad. There is a 9 km narrow road with ramps from the junction to Termessos. You can hitchhike at this point.