Smyrna Ancient City are historical cities located in two different locations within the borders of Izmir. The old city of Izmir (Smyrna) was founded on an islet located in the northeast of the gulf, with a surface area of approximately one hundred decares. It is said that Smyrna was at least as developed as the Ancient City of Ephesus and the Ancient City of Bergama during the Roman period. Cities under the Roman Empire had some rights. Neokoros, who had prestigious rights to build a temple on behalf of the emperor, was given to Smyrna 3 times. 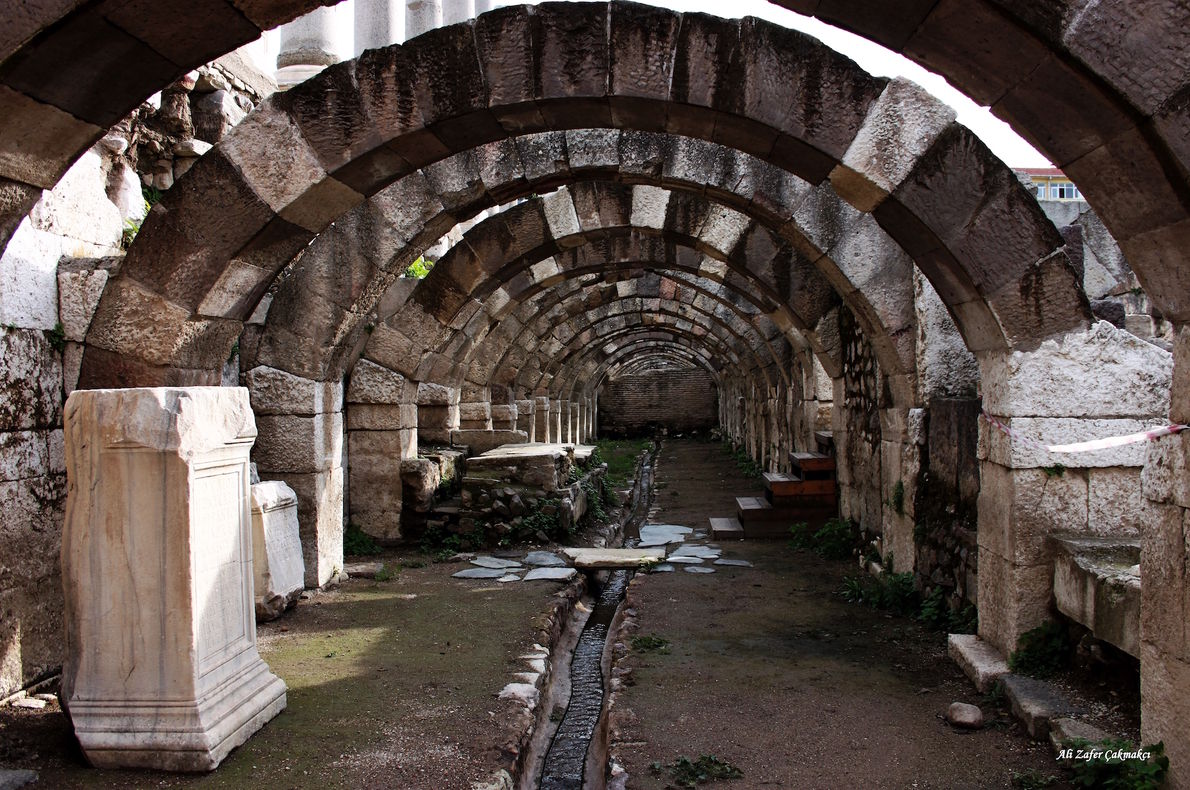 This historical building in Izmir is mentioned as Agora Ruins. There were shopping malls, meeting areas where political speeches were held, and government offices of the period in the agoras. When you visit Smyrna, when you enter through the entrance door, you first see the Agora. One of the largest agoras with a size of 129 × 83 meters is the Agora in Izmir Konak. The building behind in the photos is a multi-storey car park. The region can also be called the Ancient City of Smyrna, but other structures of the ancient city such as theater and stadium were built in the valley between the castle and the agora. Many of them are under slums today. The theater was discovered and expropriated, the houses on it were demolished and theater excavations began. This ancient theater with a capacity of 20 thousand people seems to be among the largest in the world. The stadium has also been discovered, but since the structure on it has not yet been expropriated, excavations cannot be done for now. The artifacts withdrawn from the Agora are now exhibited in Izmir Archeology Museum and Art Museum. 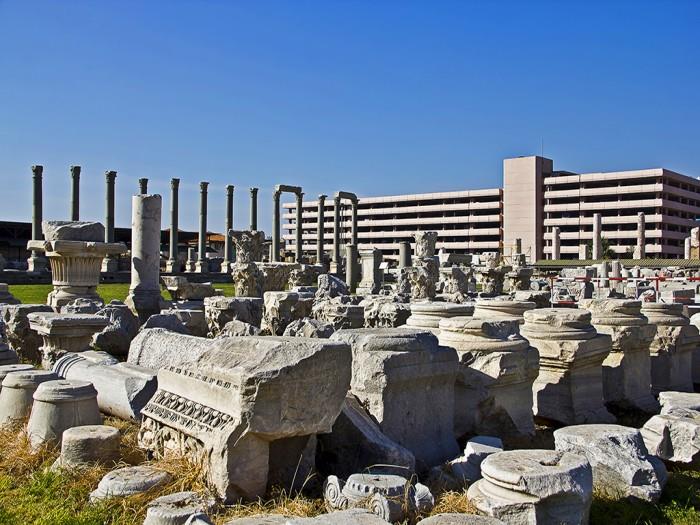 Agora  is located Namazgah, one of the oldest districts of Izmir. You can use buses and metro to reach here. Especially the fig-six minibuses pass near the agora. If you prefer to come by metro, you can get off at the Cankaya stop and reach here after a short walk.