Struggling with the “PLS 3” disease, which is seen in one in 100 million, the young man had an operation in a private hospital in Kocaeli as a result of a fracture due to his disease. Orthopedic Specialist Dr. Emphasizing that this is a first in Turkey, Ayhan Arpaci said, “There is no such case record in our country. It is known that there is no such case. What we do is not rare, it is a rare case. It is frequent surgery, but it is the first operation performed for this disease in Turkey.”

18-year-old A.G., who applied to Kocaeli University due to his illness, was diagnosed with “Primary Lateral Sclerosis 3”, which is known to occur once in 100 million. A.G., whose treatment was started, recently broke his leg. Young applied to a private hospital in Kocaeli for the surgery of the fracture that developed due to the disease. Here, Orthopedic Specialist Dr. The surgery performed by Ayhan Arpacı and his team was successful. It was learned that A.G.’s operation was the first operation based on PLS 3 according to the records in Turkey. It has been claimed that there are only 40 of these cases in the world. 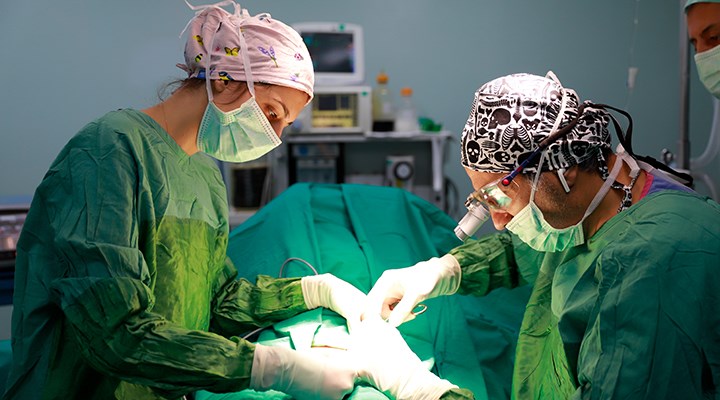 There Is No Such Case Record In The Country

Ayhan Arpaci stated that according to the records, a PLS patient was operated for the first time in Turkey and said, “It is an interesting case seen in one in 100 million in the world. Kocaeli University diagnosed the disease. It is the disease. Its feature is that it is seen much less frequently and much less frequently. It is much more detailed and It is a delicate disease. “I think we will be completely healed without injury, by God’s grace,” he said.

The disease is known as PLS 3

Orthopedic Specialist Dr. Ayhan Arpacı continued his words as follows: “This disease is referred to as ‘PLS 3’. When we examine all the publications in the world, the number of cases is very low. For this reason, we should thank you first. Kocaeli University Department of Child Health and Diseases actually does most of the work. applied for surgery Turkey is undergoing surgery. We will host our patient for 2 nights. He will stay in our hospital. We will start physiotherapy and strengthening. The patient’s surgery “There will be no smooth, normal surgery either. Contrary to what is known, physiotherapy will also be different. We will follow the treatment to the end. Finally, when our patient’s bone and leg heal, we will hand him over to our professors at the university.