Istanbul, not only in Turkey, is one of the world’s most important cities today. Istanbul is a unique city with its natural and historical beauties, where many civilizations have come and gone, Fatih Sultan Mehmet, who was conquered, opened and closed the era, countless poems were written about it, which is indispensable despite its crowd, noise, traffic and gray air. There are many historical destinations in different parts of Istanbul city, so let’s discover them.

The original version of the Galata Tower, which is located in Beyoğlu and is one of the symbols of Istanbul, was built by the Byzantine Emperor Anasius Oilosuz in 528. Galata Tower, which was built as a wooden structure in order to be a lighthouse, and it was restored during the Mahmut period and took its current form. The building, which has a height of 70 meters, serves visitors as an observation area and breakfast place among the places to visit in Istanbul. Today, you can have a memorable photo on Galata Tower with your loved ones. 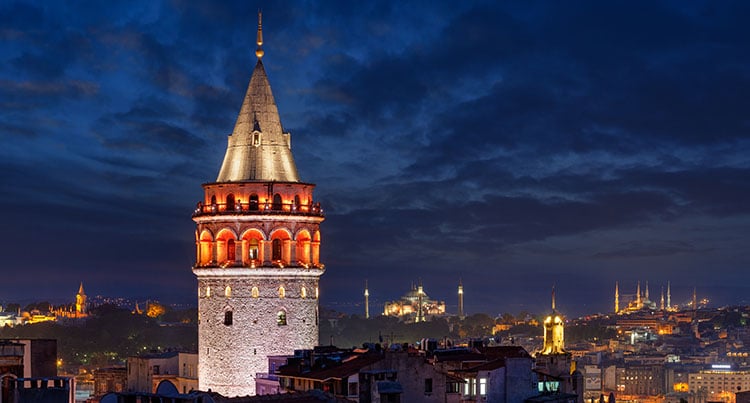 Located in Fatih district and known as the oldest open air museum of the province, the Yedikule Fortress, or Yedikule Dungeons, is a structure where many events are held. Since the doors of the building, which has been restored by the Ministry of Culture and Tourism in recent years, are still not open to visitors, it will not be possible to include them in your list of places to visit in Istanbul.

The Maiden’s Tower is one of the most important symbols of Istanbul city which has a 2500-year historical background. It is located within the borders of Üsküdar district. The building has been used for various purposes such as lighthouse, radio station, quarantine hospital and tax collection from commercial ships. Today, the Maiden’s Tower is operated for restaurant and museum purposes, as well as offering a magnificent view of the Bosphorus to the visitors.

Yoros Castle, one of the most important historical buildings around Beykoz, was built on a hill overlooking both the Bosphorus and the Black Sea. The construction of Yoros Castle, also known as Genoese Castle, was completed around the 14th century and is one of the works of the Byzantine Empire. This spot, where you can enjoy the view, is very popular among places to visit in Istanbul.

Dolmabahçe Palace, built by the Ottoman Emperor I. Abdülmecid  between 1839 and 1861, is located on the shore of the Bosphorus. The building, which is located on an area of 110.000 m2, is under the protection of the Directorate of National Palaces. Three separate sections that make up the palace take the names of Mabeyn-i Hümayun, Muayede Hall and Harem-i Hümayun. Mabeyn-i Hümayun, also known as Selamlık, is the department where government affairs are discussed. The Muayede Hall or ceremonial hall was used for official ceremonies or celebrations. It is possible to visit this breathtaking structure, which you should add to your list among the must-see places in Istanbul, with tours.

Topkapı Palace, which was built on an area of 700,000 m2 by order of Fatih Sultan Mehmet, was built between 1460 and 1478. In this building, which serves as a museum today, there are 300,000 archive documents, weapons and tools from the Ottoman period, sacred relics and the Kaşıkçı Diamond. Topkapı Palace is known as the largest palace museum in the world, with so many artifacts on display. In order to see these works, we state that you should definitely add Topkapı Palace Museum to the list of places to visit in Istanbul.

Rectangular shaped Ihlamur Pavilion, built of cut stones, was built by Sultan Abdülmecid between 1849 and 1855. The structure, which takes its name from many linden trees around it, was used as a resting house when it was built. Today, we can say that this historical building is a very decent place that you can choose for breakfast. Where to go on Sunday in Istanbul, it is possible to have your Sunday breakfast here.

Rumeli Fortress, which stands out with its historical importance among the places in Istanbul, was built by Fatih Sultan Mehmet in front of the Anatolian Fortress during the preparations for the conquest of Istanbul. We can say that this conquest played an important role that changed its course and enabled it to control the passages through the Bosphorus. It is known that approximately 300 masters and 800 workers worked in the construction of the Rumeli Fortress in Sarıyer. We can say that Istanbul is an important historical building that you should add to your list of historical places to visit. 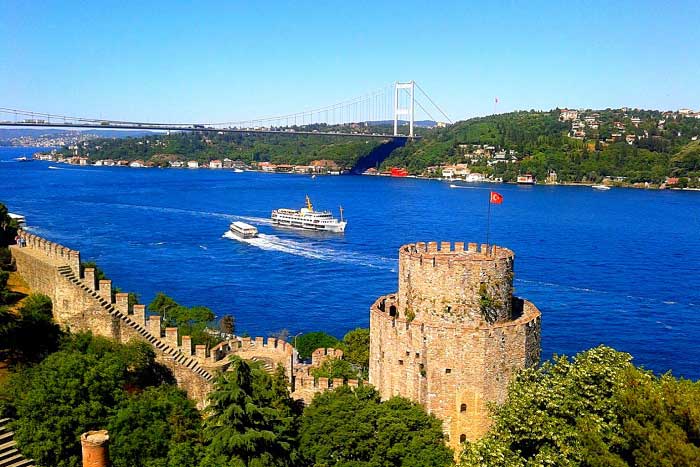 This historical place, located next to the Hagia Sophia Museum, is a must-visit place for those who want to take a tea break, and those looking for an alternative for a peaceful breakfast on Sundays. Built in the 16th century during the reign of Suleiman the Magnificent, the madrasa now has a feature that brings together history and art. In the madrasa, you can attend workshops such as calligraphy, marbling, jewelry and painting for a small fee and enjoy the historical place.