Kane Tanaka, the world’s oldest living person, has died at the age of 119. Tanaka, who lives in Fukuoka, southern Japan, has held this record for three years. Tanaka, who was healthy until his last years, said that the secret to long life is family, sleep, hope and faith. Othello was also famous for constantly beating the residents and staff of the nursing home where he lived in a board game.

According to the Guinness Book of Records, Kane Tanaka was born prematurely on January 2, 1903, as the seventh child in a family in Fukuoka. That same year, the Wright Brothers invented the first airplane, and Marie Curie made history as the first woman to win the Nobel Prize. Exactly 100 years ago. She married Hideo Tanaka in 1922 at the age of 19, and together they took over the family business selling rice, Japanese noodles and sweets. Kane Tanaka had four children from this marriage, and later adopted a fifth. 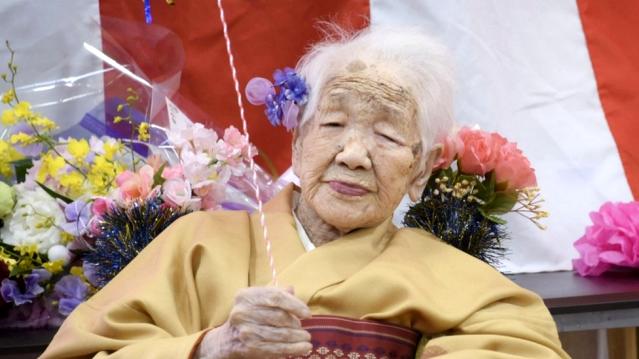 When Tanaka was officially declared the world’s oldest living person in March 2019, he said in an interview at the ceremony that his favorite things were chocolate and soda, and immediately opened a box of chocolates brought for the celebration and ate it. Although Tanaka, who carried the Olympic torch in the 2020 Tokyo Olympics, which was held with a one-year delay last year, was also on the agenda, his dream did not come true as his family found this decision risky due to the risk. COVID-. 19. Kane Tanaka has also been the guest of honor many times during Respect for the Elderly Day, which is celebrated in September in Japan. He also entered the Guinness Book of Records as the second oldest living person in history. The oldest person is French Jeanne Louise Calment, who was 122 years old when she died in 1997. After Tanaka’s death, the world’s oldest living person is now 118-year-old French nun Lucile Randon. Randon is also the oldest person in the world to have contracted COVID-19 and survived. known.

You may be interested in: They call him the “Immortal Turk”, here’s why!

A Plane Crashed into A High Voltage Line in the USA!