As Turkey continues to take firm steps in becoming one of the major economies in the world with its steady technological and structural development and its high population consisting mostly of young people, more and more foreign investors and companies start to make future investments which are mostly in the form of real estate. Making these kinds of investments in Turkey has proven for many to be a highly profitable gain. Thus, this article will explain some of the important points about the taxation of such investment which will surely be of great help and contains the necessary information.
Foreign natural persons not residing in Turkey and institutions are liable to taxation in Turkey as limited taxpayers for the rental income and sale of their real estates. The domestic legislation, as well as the tax agreement between our country and the country where the person or company resides, will be taken into consideration during this process. Furthermore, the rental and sale of real estate can sometimes be subject to the value-added tax of Turkey. Another important detail is that the real estate to be bought cannot exceed the area of 30 hectares in total even if found in different cities and cannot consist of 10% of the county’s surface according to the article 35 of the 6302 Deed law and Cadastre Law.
1.) Title deed fees
The transfer and acquisition of real estate in return for consideration are subject to fees and the taxpayer of the fees is the transferor and the transferee. The fee is assessed for both at the same rate but separately. The transferor and the transferee each have to pay for a fee consisting of 20 per thousand. If the real buying and selling cost is lower than the real property tax value, the property tax value will form a basis for the title deed fee. Neither the fact that the buyer is a foreigner nor the fact that a foreign buyer is a natural person or a legal person changes the rate of the title deed fee.
2.) Property tax
According to the real estate law, any building, land, and terrain within the borders of Turkey are subject to the property tax. The taxpayer of these is the owner. Thus, the foreign buyers who buy an immovable in Turkey are required to pay for a property tax. The tax is applied as one per thousand for buildings, two per thousand for workplaces, one per thousand for terrain and three per thousand for land. If these are within the borders of a metropolis, the rate doubles. The provincial borders of Istanbul are considered to be a metropolis as a whole. The requirement to pay a property tax starts one year after the purchase of the real estate which means that no tax has to be paid the year the purchase is made.
3.) Taxes on the income
Two kinds of incomes can be obtained from the real estate bought by foreigners: the rental income and the income of the sale of the property. In this case, it makes a difference whether the owner is a foreign person or a corporation.
– Incomes of the rental of the property
If the receiver of the rental income is a foreign natural person, a real property income tax will be issued. If there is no avoidance of double taxation agreement between Turkey and the country the owner resides in, the property is subject to tax according to the Turkish government as the income is considered to be obtained in Turkey. If there is such an agreement, the income will be treated according to the provisions of this agreement.
– Income of the sale of the property
The income of a foreign natural person from the sale of the property can be a commercial income and a capital gains income according to the situation, the key element here is the continuation. If the natural person is frequently occupied with buying and selling procedures, it will be considered as a commercial income and as capital gains income on the contrary situation.
– Rental income obtained by corporations in Turkey
If the rental income is obtained by a corporation it is automatically considered as a commercial income. Reductions can be made for the rental costs, staff expense, and other benefits for the personnel, and other financial expenses. The resting amount is subject to a corporate income tax of 20%.
– Property sale income obtained by corporations in Turkey
As mentioned above, incomes of corporations are treated according to the provisions of commercial incomes. Again, the above-indicated expenses will be deducted from the property return on sales.
– Rental income obtained by foreign corporations
The foreign institution is a limited taxpayer. It is only taxed on the rental income obtained in Turkey. These institutions are taxed by withholding for the owned workplaces or buildings. Those paying for a rent of limited taxpayers, have to apply a withholding deduction on the rental payment. The rate of this withholding is 20% and this has to be declared to the tax office by the payer of the rent with a tax statement.
– Property sale income obtained by foreign corporations
If the limited taxpayer institution sells the property owned in Turkey, the income will be taxed in the scope of the institution. As mentioned above, it can vary whether this income is commercial or a capital gains income, the explanations are the same in this situation. The income obtained from the buying and selling of the property is subject to a corporate income tax of 20%.
4.) Inheritance and transfer tax
If the property in Turkey of a foreign natural person is again is transferred to a foreigner by inheritance or transfer, the inheritance and transfer tax is applied without regard to the residential country. Since the transfer takes place in Turkey the origin country is of no importance. It makes no difference if the transferring of inheriting is a natural or legal person. The inheritance and transfer tax are taken by a progressive tax system. 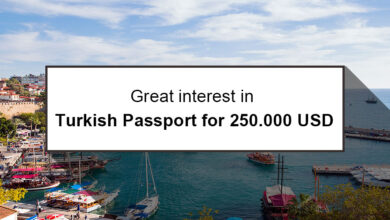 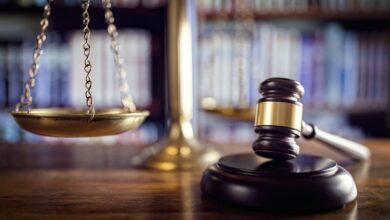