Ephesus Ancient City started as a simple settlement in 8600 BC. It grew over the centuries and became one of the most important world capitals of its time. 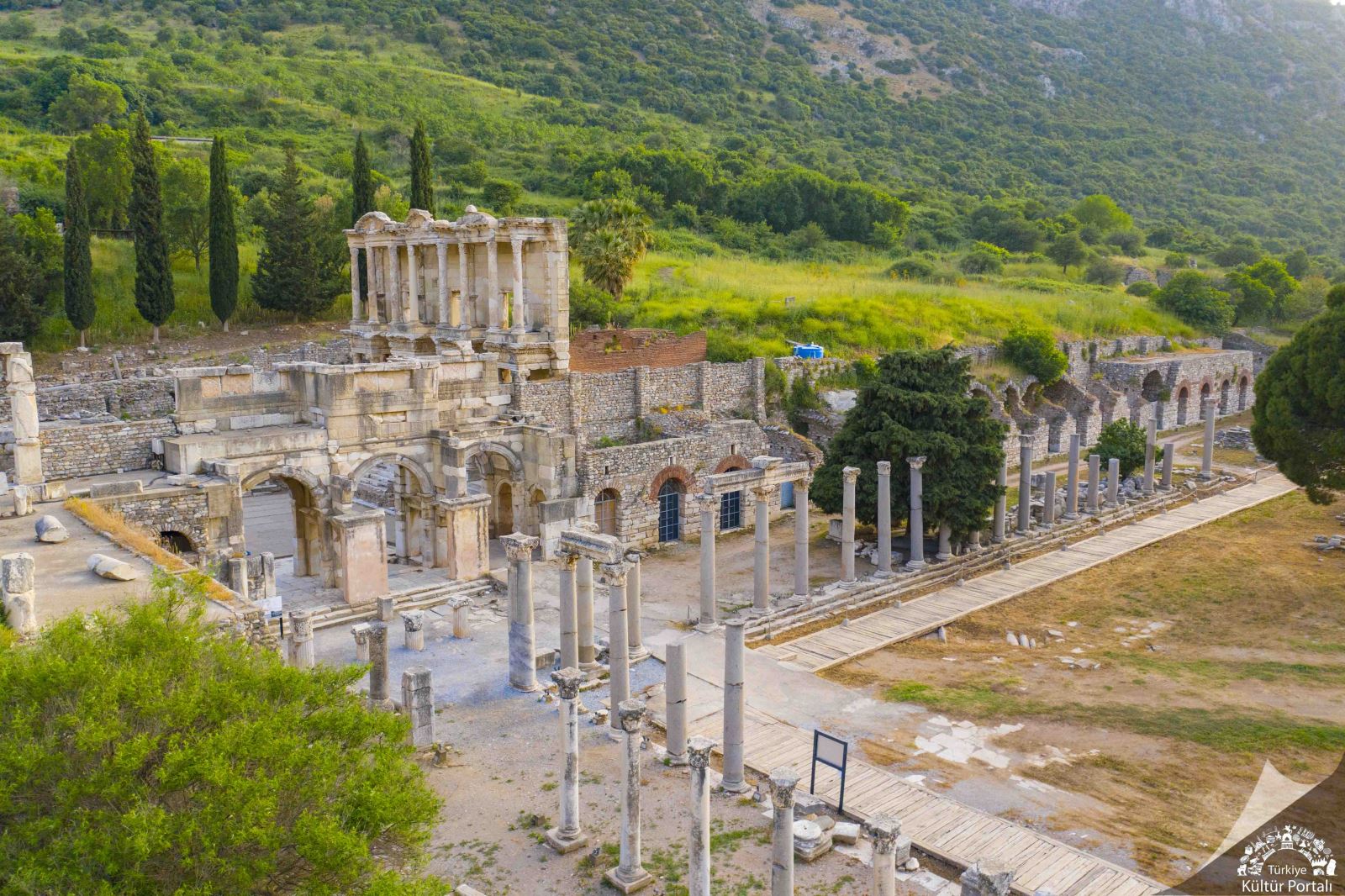 The city is very developed thanks to the fact that the Selcuk district of Izmir, where it was founded, is one of the most fertile lands of Anatolia, trade routes pass through here, and a port connecting the east and west of the world. It saw its golden age after being annexed to the Roman Empire in 129 BC. It became the capital of the Asian Province. During this period (2nd-1st century BC), Ephesus turned into one of the biggest metropolises of its age with a population of over 200,000. The wealth accumulated in the city is also reflected in the architecture. It is possible to guess what an impressive city it is from the magnificence of the Celsus Library, which is exhibited once again. 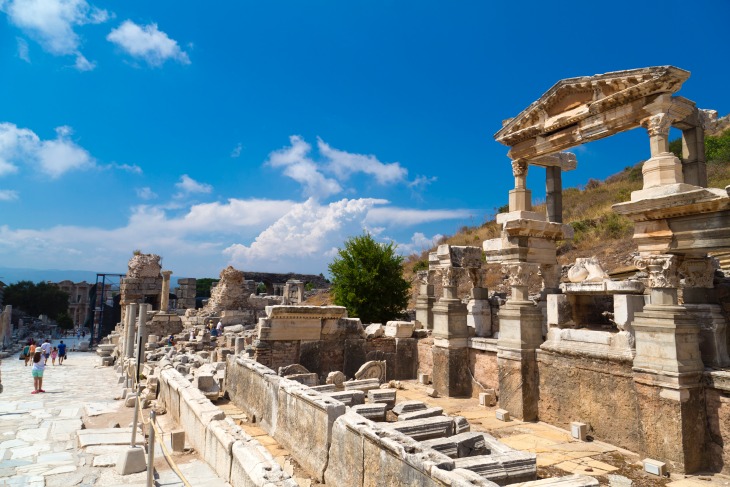 The most famous structure of the city with its beauty is the Temple of Artemis, one of the 7 wonders of the world, built by the Lydian king Creseus in 550 BC before the city was conquered by the Romans. Unfortunately, only a few pieces of stone and a column that was joined later are left from the temple today. It is thought that Artemis, a Greek goddess, is the continuation of the Anatolian fertility goddess Kybele and synthesized into Greek culture. 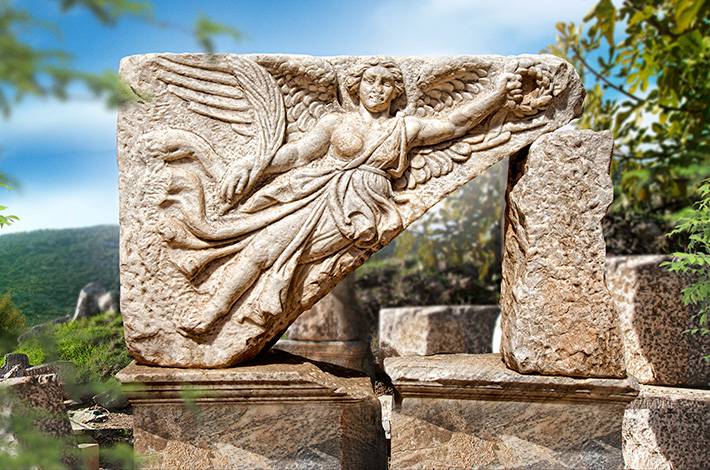 The best time of Ephesus, where you can travel all year round, is May because of the greening of nature.

Most visitors come in summer, but it can be challenging to visit Ephesus Ancient City in the heat of Izmir. If you are coming in summer, the best thing is to be here when the doors are first opened. You are comfortable both in terms of temperature and you can take pictures without crowds. Make sure you have water, sunscreen and a hat in your bag. 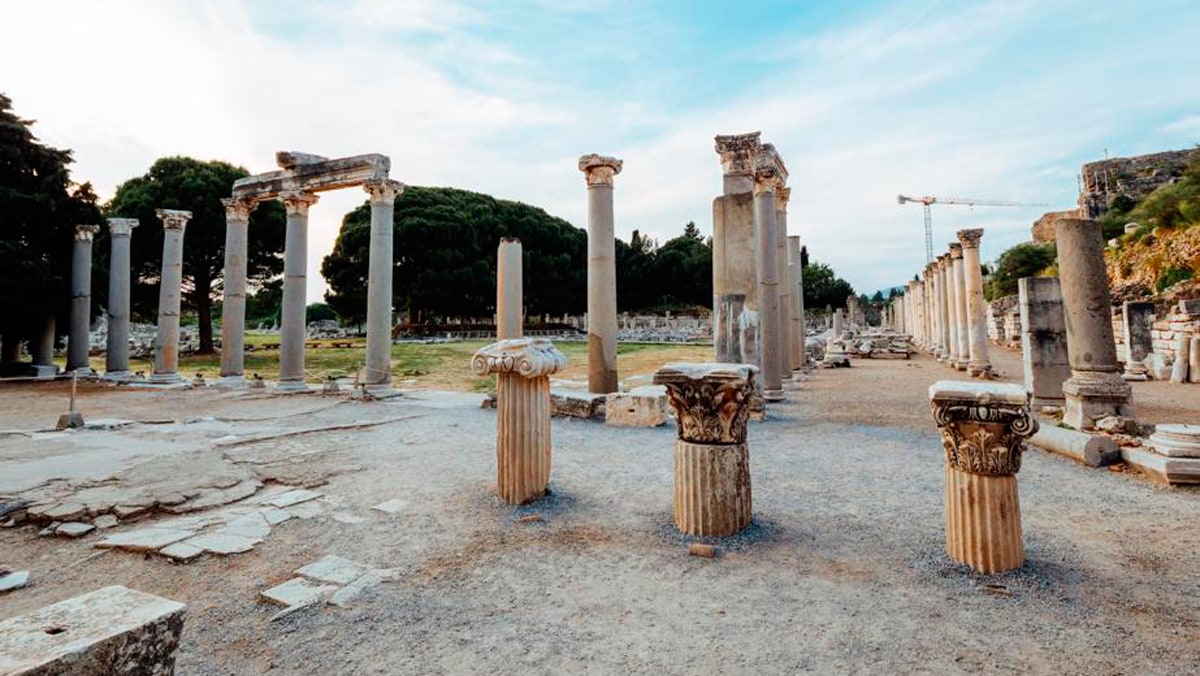 If you are going from Aydın to İzmir direction, when you turn to Belevi Connection of Aydin-Izmir highway within 20 minutes,

If you are going to Kusadasi from Aydin, you will turn from Camlik to Selcuk and within 10 minutes,

If you are going to Kusadasi from the Izmir side, you can easily reach it without even extending your way.