With the coming of the summer months, the danger of snakes resurfaced. It is warned to be more careful against the Big Viper, known as Turkey’s deadliest snake and called the “killer”. It is known that even a single bite of the Big Viper is enough to kill a person.

With the arrival of the summer months in Turkey, there was an increase in tick bite cases. While the news of death from Tokat and Sivas remained fresh, this time the danger of the Big Viper, known as Turkey’s most venomous snake, began.

COMMON IN EASTERN AND SOUTHEASTERN ANATOLIA

Big Viper snakes, which live in Eastern and Southeastern Anatolia, in the Eastern Mediterranean region, where the habitat is suitable, came out of their nests with the warming of the weather. Living in plains, stony places, abandoned houses, ruins, gardens and fields, the Big Viper can live in areas up to 1500 meters high.

IF BITTED, RUNN TO HOSPITAL IMMEDIATELY

The Big Viper is also known for its interesting features. Accordingly, the dangerous snake will never bite you if you do not step on it. And when it bites, it kills if you don’t go to the nearest health facility. Small ones are very dangerous, while adult ones are known to release less poison. 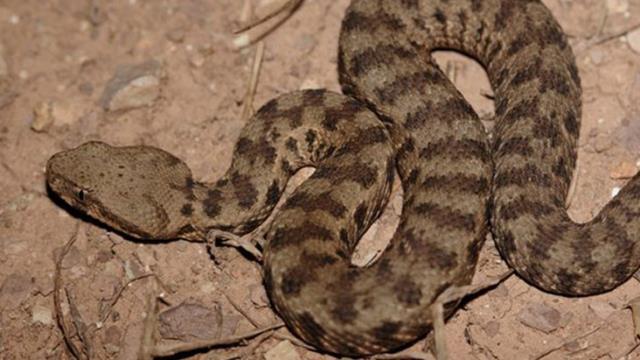