Located in the city center of Antalya, the historical Clock Tower is at Kale Kapisi. The clock tower was built in 1901 by the Grand Vizier Kucuk Sait Pasha. It was built for Abdulhamit. Some sources state that it is not certain who and when the clock tower was built. Antalya Historical Clock Tower has a square body and there are one row of moldings under the body and three lines on it. 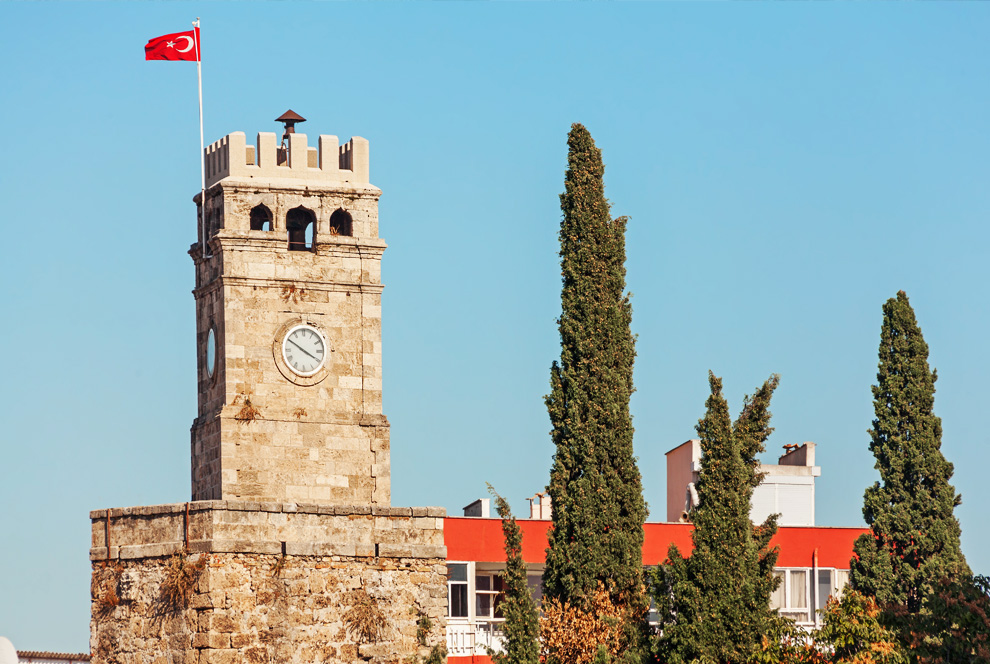 While enjoying the sea, the sand and the sun, don’t forget to visit the historical sites of the city. The  is just one of these historical buildings and gives a different visibility to the city center. The dials and clocks of the Antalya Clock Tower were renewed; only the bell remained from its former state. On a day you visit the historical building; Don’t forget to visit Kocain Cave, Cimenici Cave, Ciglikara and Dim Stream. 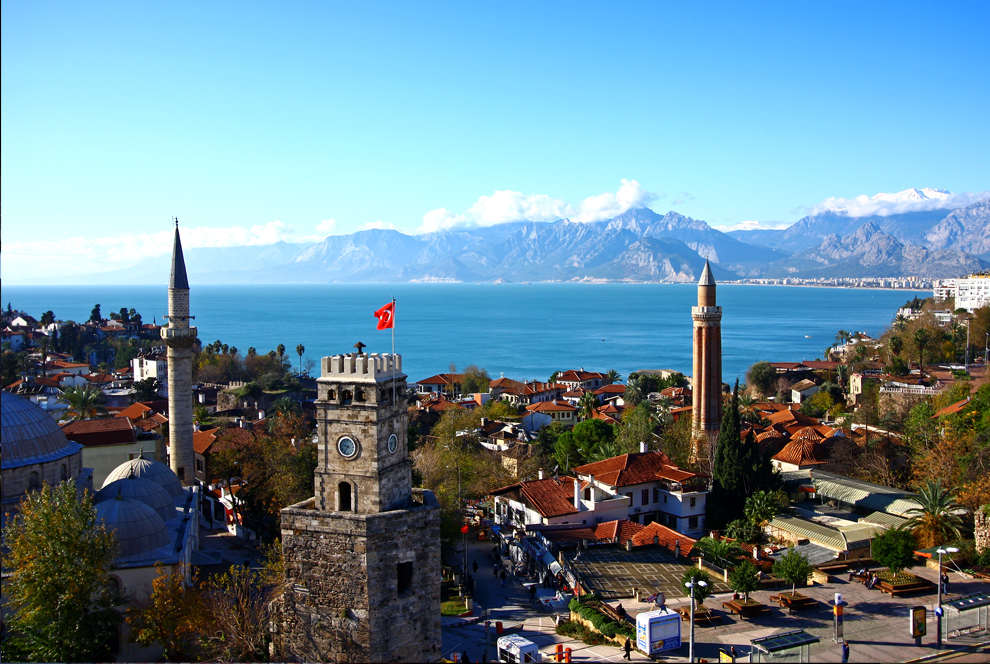 The tower was previously covered with an onion-shaped dome. Since this dome was damaged during a storm in 1942, an upper part resembling the bastion grates was added in 1945. The clock and clock dials of the historical building, which used to have a completely handmade wrought iron clock mechanism, were changed in 1974. Today, what remains of the old clock mechanism is a bell with the relief of Jesus Christ, the Virgin Mary and a saint on the cross and Greek writings. There is an iron protrusion on the north face of the Clock Tower. This iron was used to expose the executed to the public all day long. They would hang the person to be executed there early in the morning, a white dress on top of it, and a court order on that dress. 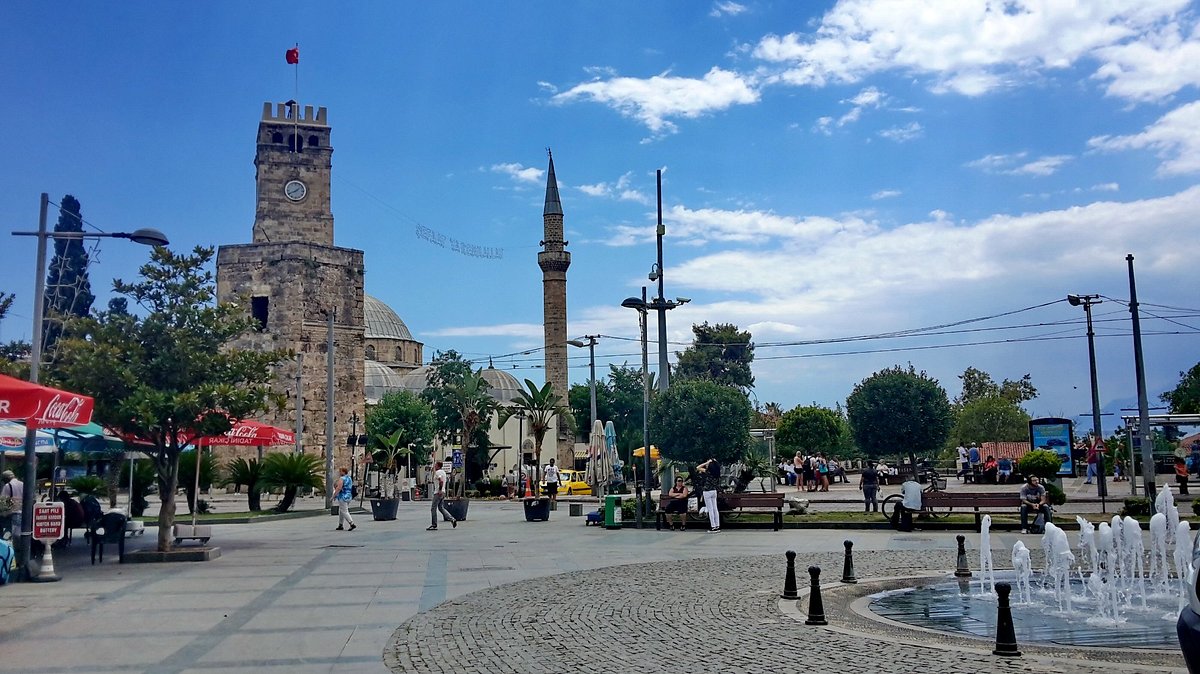