Aspendos or Belkis is an ancient city famous for its ancient theater located in the village of Belkis in Serik district of Antalya province. It is one of the richest cities of Pamphylia. Aspendos was founded by the Achaeans in the 10th century BC and is one of the richest cities of the ancient period, where it reaches the plain from the mountainous region of Koprucayi 8 kilometers east of Serik district. The theater here was built by the Romans in the 2nd century AD. 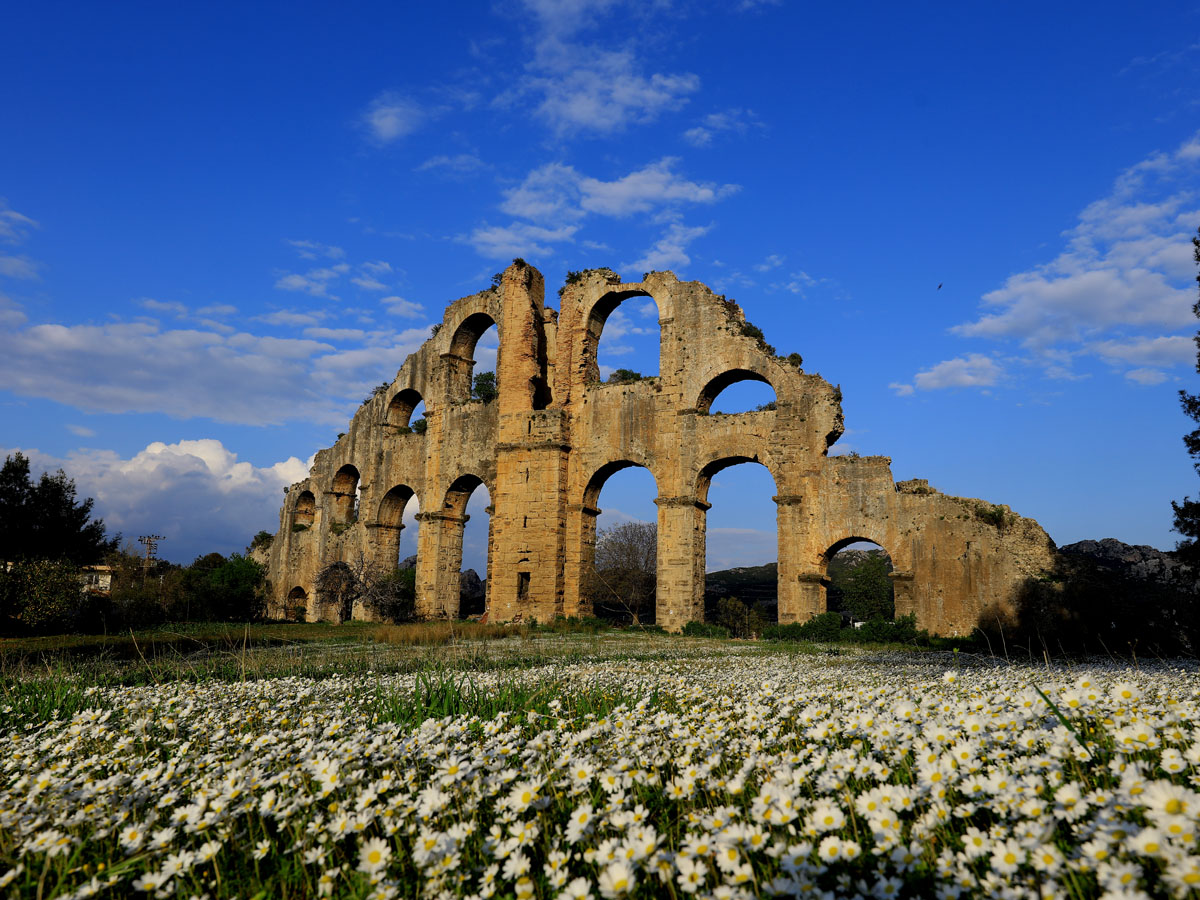 The city is built on two hills, one big and one small. The most important structure of Aspendos is its theater. It is an open air theater that has been preserved in the best way among the ancient theaters. This theater is the oldest and most solid example of Roman theaters in Anatolia that can reach today with its stage. Its architect is Zenon, the son of Theodorus of Aspendos. It was started to be built in the time of Antonius Pius and completed in the time of Marcus Aurelius (138-164). The theater was presented to the imperial family with the local gods of the city. Thousands of local and foreign tourists visit Aspendos every year. Ancient theater is also used for concerts, events. 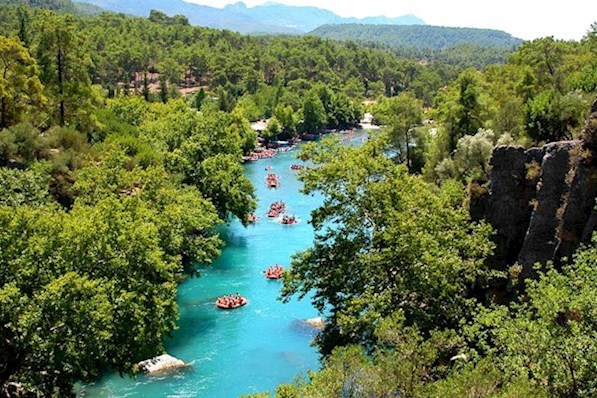 The Aspendos aqueduct, which meets the water needs of the city in the ancient settlement, is still seen among the works that have survived until today. It is believed that the data obtained as a result of scientific research and evaluation by archaeologists who examined the aqueduct remains were made in the 2nd century AD. It seems that the aqueduct, which carries the techniques of the period in its construction style and architecture, was collected in towers 30 meters high from the ancient settlement and distributed to the ancient settlement through the channel of stone blocks carved 15 meters above the source. In addition, the clearest information about the aqueduct is written in an inscription found at the archaeological site that it was built by Tiberius Claudius Italicus and presented to the service of the city. 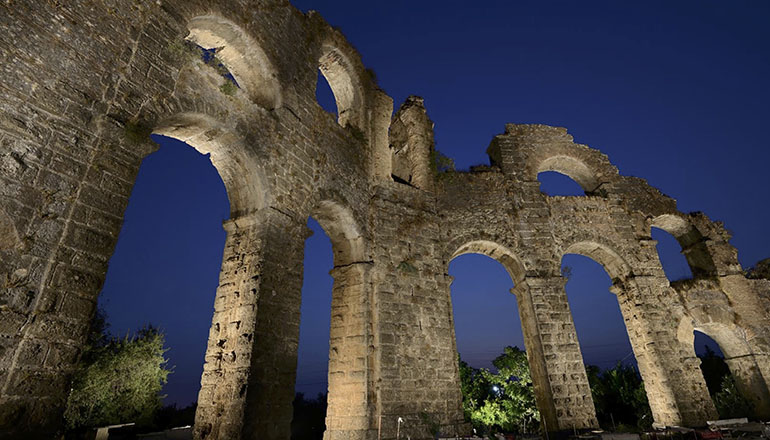 Personal vehicles, minibuses and buses can be used to go to the ancient city of Aspendos. In addition, the region can be reached first by reaching the Antalya airport and then by using minibuses, buses and other vehicles. To reach Aspendos, turn north from the 44 km of the Antalya-Alanya road. Tours are organized from within 2 kilometers of the road. There are detailed investigations with a guide on the tours. 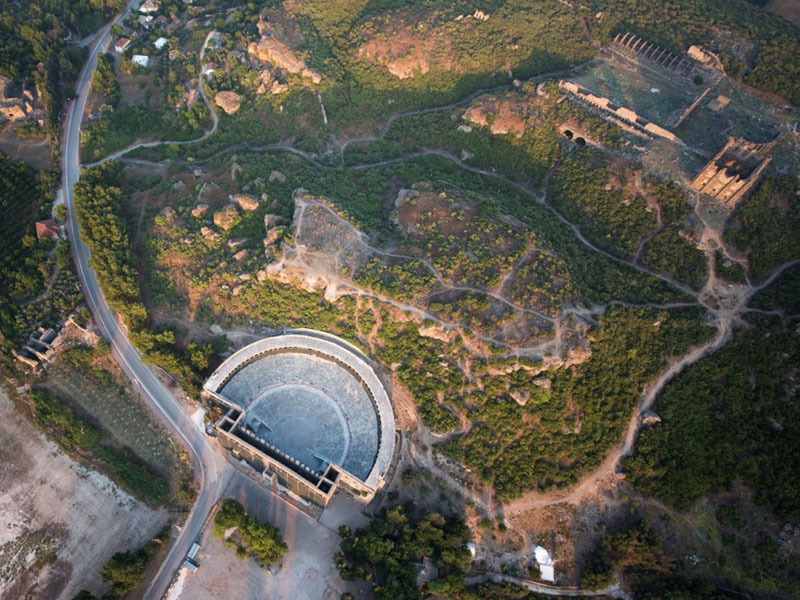