A new feature is coming to the WhatsApp messaging application. With the new “quick reply” button, the incoming message will be answered faster. Thanks to the feature that is in the testing phase in the desktop application, users will be able to quickly reply to the selected message with the button on the side of the chat.

WhatsApp is about to gain another important feature. While the ability to react with emoji, which was tested in messaging in the past days, was officially released for everyone, now another feature that will come to the application has emerged.

It will be possible to reply to messages faster

With over two billion users, WhatsApp will soon have a “quick reply” button. So what exactly does this mean? The resulting screenshot actually makes everything clear. In this context, users will now be able to respond more quickly to messages from the other party. 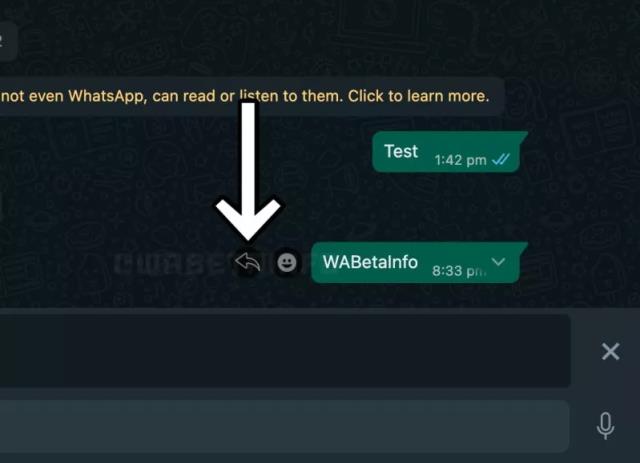 The button will be next to the chat

Currently, users can perform the action by swiping this text to the right to reply to the incoming message. However, this option will be increased with the new update. Thanks to the button on the side of the chat, you will be able to quickly reply to the selected message.

The feature in question is currently in testing for the desktop app. In the coming days, this feature may start to be tested for mobile users. Don’t forget to update the app frequently to experience the latest features of WhatsApp.

Migros Will Install Charging Stations in 50 Markets in 5 Months