The Aedes mosquito is particularly dangerous in the summer months by transmitting zika virus, dengue fever, chikungunya virus and yellow fever virus. Treatment or preventive vaccines for diseases transmitted by the bite of the Aedes mosquito have not yet been developed. Usually, a treatment is applied to alleviate the developing symptoms. Only a vaccine against the yellow fever virus has been developed.

According to the US Centers for Disease Control and Prevention, the Aedes aegypti mosquito is reported to transmit Zika virus, dengue fever, chikungunya virus and yellow fever virus in certain parts of the world.

WHAT ARE THE EFFECTS OF AEDES MOSQUITO BITE?

It has been determined that Aedes aegypti exists as a resident population in the Eastern Black Sea Region, starting from Artvin to the provincial border of Giresun, and is spreading from Batumi to the Crimean Peninsula. These mosquitoes are a species with a high virus carrying capacity.

WHAT ARE THE SYMPTOMS OF AEDES SPECIAL BITES AND HOW DO IT GO?

There is no information on how an Aedes mosquito bite will pass. Applications for any mosquito bite can be continued. The viruses that cause some serious infections as a result of the bite of the Aedes mosquito enter the bloodstream and cause disease in humans. Usually, a treatment is applied to alleviate the developing symptoms.

Dengue fever virus carries symptoms such as high fever, headache, swollen lymph nodes, widespread joint pain, skin rashes and convulsions due to high fever. This disease, which can be passed with mild symptoms in children and young people, can be more severe in adults. Dengue fever can occur again in the person, even if immunity is gained after the disease.

Symptoms of infection appear within two weeks. Symptoms include fever, weakness, joint and muscle pain, visual impairment, paralysis and coma. This disease manifests itself as a gradual deterioration of brain functions.

The effects begin to appear 6 days after the disease is infected. Symptoms include headache, weakness, fever, chills and joint pain. In the following period, severe liver failure, abdominal pain, decreased urination, epileptic seizures, widespread bleeding and heart rhythm problems may also be seen. It should be noted that the disease can lead to fatal consequences.

According to the Ministry of Health’s statement, Zika virus shows symptoms such as “fever, headache, red eyes, vomiting, rash, muscle and joint pain”.

In its statement on Zika, the US Centers for Disease Control and Prevention (CDC) stated that the symptoms appear in about a week in people infected with the virus, and that the virus that stays in the blood for a few days remains even longer in some people.

Symptoms appear 3 to 7 days after the bite. In this disease, which starts with symptoms such as fever, joint pain, headache, and rash, the symptoms become more severe as in Dengue fever. When a person infected with the Chikungunya virus is bitten again by a mosquito, the virus can be re-transmitted to the mosquito and infect other people.

The main symptoms of the disease include bloody cough, chest pain, fever and fluid collection in the lungs. As a result, the disease can be fatal, especially in cases of lung damage. 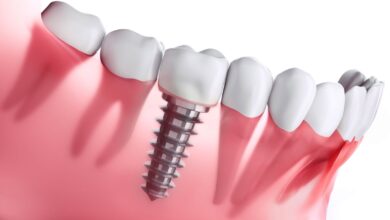