Alanya Castle is located on a 10 hectare peninsula surrounded by 6 km long walls; It hosted Hellenistic, Roman, Byzantine, Seljuk and Ottoman civilizations. The first foundation date and by whom it was founded of Alanya are unknown. Firstly IV. Century geographer Scylax refers to it as Korakesion (Coracesium). Alanya Castle is one of the symbols of Alanya, the district of Antalya. It is located on a peninsula that rises approximately 250 meters from the sea. The total length of its walls is 6.5 kilometers. The castle was built in the settlement of Alanya, which was called Kandeleri in ancient times, in the Hellenistic period. The historical texture of Alanya Castle, which is a 13th-century Seljuk artifact, goes back to the Hellenistic period. The castle was built in 1221 by the Seljuk Sultan Alaeddin Keykubad, who conquered the city and had it rebuilt. There are a total of 83 towers and 140 bastions in the castle. About 1200 cisterns were built to meet the water requirement of the city, which was located inside the walls in the Middle Ages. Some of the cisterns are still in use. 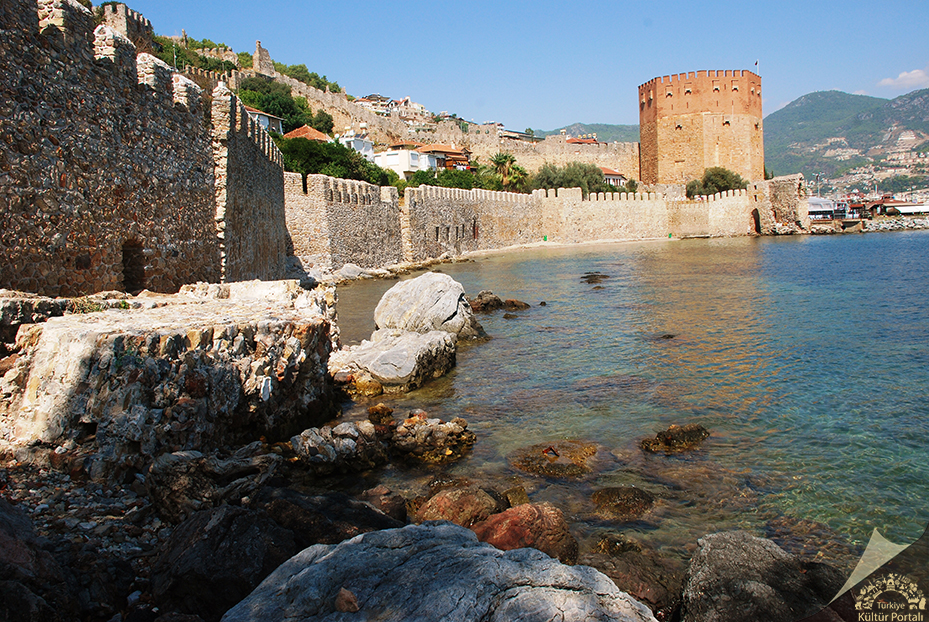 Alanya Castle Walls were built in a planned way, following Ehmedek, Ickale, Adam Atacagi, Cilvarda Cape, Arap Evliyasi and Esat Bastion, passing Tophane and Tersane and ending at Kizilkule. At the summit of the peninsula is Ickale which is organized as a museum today. The Seljuk Sultan Alaeddin Keykubad had his palace built here. There is also a settlement in the castle today. Although the castle is open to motor vehicle traffic, it is possible to reach Ickale in about 1 hour on foot. 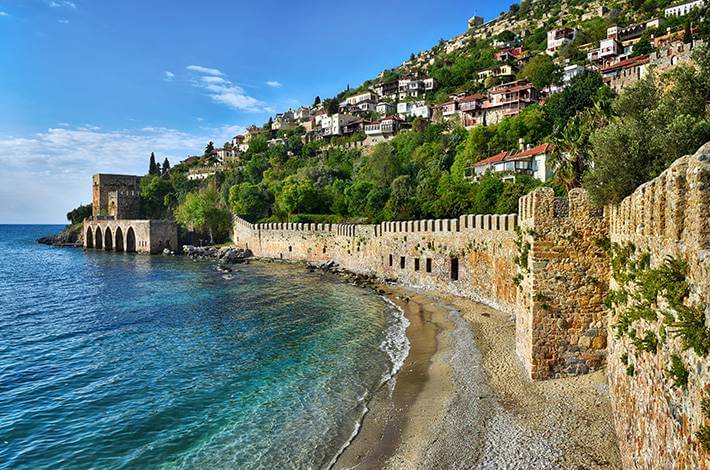 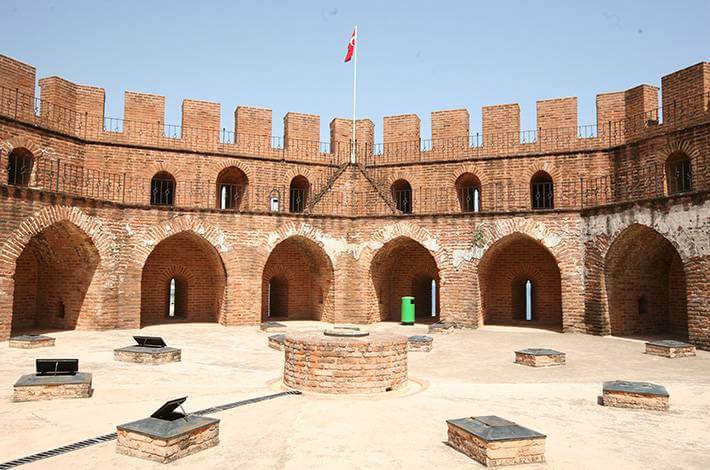