Gold has been one of the most sought after metals with its value since ancient times. Exploration studies in Turkey and ongoing gold deposits are mostly found in Aegean, Western Anatolia, Eastern Black Sea and Eastern Anatolia regions. Based on the geological structure and gold formation models in the world, the gold potential in Turkey is estimated to be around 6,000-7,000 tons.

Gold in Turkey is Bergama and Ovacık in İzmir, Havran in Balıkesir, Mastra in Gümüşhane, Salihli and Sart in Manisa, İliç in Erzincan, Sivrihisar in Eskişehir, Kocasinan in Kayseri and Eşme and Kışladağ in Uşak. Turkey ranks fifth in the world in gold demand.

The most important boron reserves in the world are located in Turkey, USA, Russia and South America. All known boron deposits of Turkey are in Western Anatolia, especially; It is located in Eskişehir-Kırka, Kütahya-Emet, Bursa-Kestelek and Balıkesir-Bigadiç regions. Turkey has a total of 3.3 billion tons of boron reserves. This is equal to 73% of the total world reserves and ranks first in this regard. In 2019, approximately 60% of the world boron demand was met by Turkey.

You may interested : What Numbers Should be Called at Emergency Cases in Turkey?

Today, uranium and in the near future, thorium are included in the raw materials of nuclear energy. The search for uranium in Turkey continued until the end of 1990 and a total of 9,129 tons of proven uranium reserves were found in five different areas. Their average grade and reserves are within the economic limits accepted in the years they were discovered. Today, however, these values ​​are considerably lower than these limits. This is due to significant changes in nuclear power plant planning in recent years and especially the presence of high-grade uranium fields with very low production costs in Canada and Australia.

In Turkey, as a result of the studies carried out by the General Directorate of Mineral Research and Exploration in previous years, 380,000 tons of visible reserves with an average of 0.2% ThO2 grade were detected in the complex ore Eskişehir – Sivrihisar – Kızılcaören field containing rare earth elements and thorium. However, the technological problems related to enrichment of thorium in this area have not yet been fully resolved. 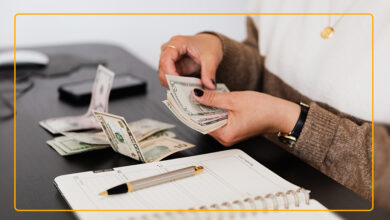