Lyme disease is caused by infection with one of the four main types of bacteria transmitted by ticks. In the United States, Borrelia burgdorferi and Borrelia mayonii cause Lyme disease, while in Europe and Asia Borrelia afzelii and Borrelia garinii cause this disease. You are more likely to contract this disease if you live or spend time in grassy and dense woodland areas where ticks that carry the bacteria are concentrated. In this regard, it is important to take precautions in tick-infested areas. In this article, important information about Lyme disease has been compiled for you.

What is Lyme disease?

After ticks and similar parasites adhere to the human body, they can transmit viruses or bacteria they carry to humans. Lyme disease is caused by the transmission of Borrelia bacteria, which is a type of tick called “deer tick”, to humans. Left untreated, Lyme disease can cause neurological symptoms that progress to paralysis.

What are the symptoms of Lyme disease?

The most prominent symptom of Lyme disease is a specific type of rash observed unique to this disease. Erythema migrans, also called oxeye erythema; It is a kind of redness that is open in the middle, red in the edges, and observed in the form of intertwined rings. This image is observed between 3 days and 1 month after the tick bite, and then the diagnosis is made. However, it is not seen in every case. The signs and symptoms of Lyme disease are variable. They usually appear in phases, but phases can also come at the same time.

A small, red bump, resembling the bump of a mosquito bite, is usually observed at the site of a tick bite or removal and disappears within a few days. This normal occurrence does not indicate Lyme disease. However, the following symptoms may appear within a month of being infected:

If left untreated, new signs and symptoms of Lyme infection may appear over the coming weeks or months. These can be explained as follows:

Erythema migrations: The rash may appear on other parts of the body.
Joint pains: Severe joint pains, especially affecting the knees and progressing with swelling, can be observed.

Neurological problems: It can happen months or even years after infection. Inflammation of the membranes surrounding the brain (meningitis), temporary paralysis of one side of the face, numbness or weakness in the limbs may occur.

Even if the signs and symptoms disappear, it is beneficial to apply to the health institution. The absence of symptoms does not mean that the disease has passed. Left untreated, Lyme disease can spread to other parts of your body months or years after infection, causing arthritis and nervous system problems.

In the United States, Lyme disease is caused by the bacteria Borrelia burgdorferi and Borrelia mayonii. Young brown ticks that carry these bacteria are often the size of a poppy seed. With the tick bite, the bacteria cross the skin barrier and enter the bloodstream and cause disease.

In most cases, the infected tick must have been attached to a person for at least 36 to 48 hours to contract Lyme disease. Ticks, which were later noticed on the body and are now swollen, have probably fed long enough to infect the bacteria. Removing the tick as soon as possible is important to prevent infection.

Who is at risk of Lyme disease?

The most common risk factors for Lyme disease can be summarized as follows:

Spending time in wooded or grassy areas: It is risky to wander around wooded areas in areas inhabited by ticks that transmit Lyme disease. Children who spend a lot of time outdoors in these areas are particularly at risk. Adults with outdoor occupations are also at increased risk.

Wearing clothes that do not cover the skin: Ticks stick to the skin very easily. If you are in an area where ticks are common, you can protect yourself by wearing a long-sleeved top and long-leg pants. Do not let your pets roam in tall grass and grass.

Not removing ticks promptly or properly: If the tick remains attached to your skin for 36-48 hours or longer, bacteria from a tick bite can enter your bloodstream. If you remove a tick within two days, your risk of getting Lyme disease is low.

How is Lyme disease diagnosed?

Especially in spring, autumn and summer, your doctor may question whether you are outdoors and investigate your medical history in detail. If she suspects Lyme disease during a general physical exam, she may order a number of tests to confirm her diagnosis:

Enzyme-linked immunosorbent assay (ELISA) test: It is the most commonly used method to detect Lyme disease. It detects antibodies to B. burgdorferi but is not used as the sole diagnostic test as it can sometimes give false-positive results.
Western blot test: If the ELISA test is positive, this test is usually done to confirm the diagnosis. Western blot detects antibodies to various proteins of B. burgdorferi.

How is Lyme disease treated?

Because Lyme disease is a bacterial disease, antibiotics are used to treat it.

Oral antibiotics: These are the standard treatment for early-stage Lyme disease. Oral antibiotics are usually doxycycline for children older than 8 years and adults; Contains amoxicillin or cefuroxime for young children and pregnant or breastfeeding women. A 14- to 21-day course of antibiotics is usually recommended. However, some studies show that cycles lasting 10 to 14 days are equally effective.
Intravenous antibiotics: If the disease has advanced to the central nervous system, your doctor may recommend treatment with an intravenous antibiotic for 14 to 28 days.

How to prevent Lyme disease?

The best way to prevent Lyme disease is to stay away from tick-infested areas, especially woodland areas with tall grass. You can reduce your risk of getting Lyme disease with some simple precautions:

Prefer long and covering clothes: In wooded or grassy areas, wear shoes, long pants tucked into socks, a long-sleeved shirt, a hat, and gloves. Try to stick to trails, such as trails, and avoid walking over low bushes and tall grass.

Use insect repellents: Treat your skin with an insecticide containing 20% ​​or more of DEET concentration. Remember that chemical repellents can be toxic, so follow directions carefully.

Take precautions to keep your garden free of ticks: Mow tall grass and bushes where ticks prefer to live. Take measures to repel rodents that carry ticks. For example; Stack your winter wood neatly in dry and sunny areas.

Check your clothes, yourself, your children and pets for ticks: Be especially careful after spending time in wooded or grassy areas. 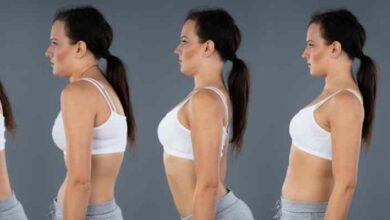 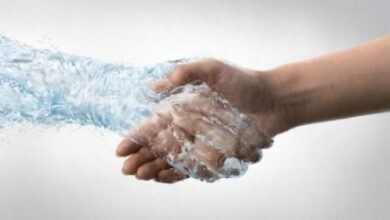