Investments made in the Turkish gaming industry have increased nearly 20 times in the last 1 year, reaching $266 million.

AdColony EMEA & LATAM Marketing Manager Melisa Matlum stated that the mobile gamer group, which makes up 78 percent of the adult population in our country, has made Turkey an incubation center for the world’s game giants and said, “Turkey last year, the 10 European countries with the most investments, will continue to achieve this rise in 2022. We foresee that it will continue and the investments made in the Turkish gaming industry will exceed 550 million dollars.”

Pointing out that Turkey is experiencing its brightest period in the mobile game industry, Matlum said, “The consecutive investments made in Turkey in 2021 have made the Turkish mobile game industry known worldwide. Last year, Turkey became one of the top 10 countries to invest in Europe. The acquisition of Peak Games ($1.8 billion) and Rollic Games ($168 million) in Turkey by the US game company Zynga in 2021 stood out as the most striking events in Europe. past years. In the coming years, the sector will grow even more with new investments.”

The New Playground of E-Commerce: Metaverse

How to Apply for Turkish Citizenship in 4 Steps 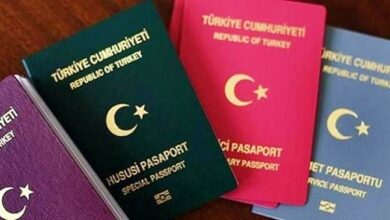