The vehicle carrying Ukrainian President Volodymyr Zelensky was involved in a traffic accident.

Zelensky’s spokesman said that the Ukrainian leader had an accident while returning from the city of Izyum in the Kharkov region.

It was stated that in the accident that occurred in Kiev, a car crashed into the vehicle carrying Zelenski and the vehicles in his convoy.

Medical personnel in the convoy of the Ukrainian leader gave first aid to the injured. While the driver who hit the convoy was taken to the hospital, Zelenski reportedly survived the accident with minor injuries.

An investigation into the accident has been initiated. 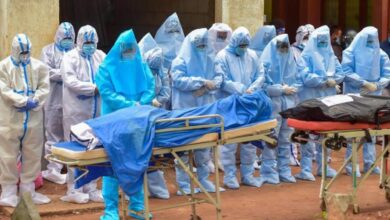