The violence of the military operation launched by Russia against Ukraine on February 24, 2022 continues to increase day by day. These operations, which have been declared the biggest conventional war in Europe since the Second World War, continue to be spoken by all the countries of the world. Turkey is one of the most mentioned countries in this war. The main reason for this situation is Bayraktar Technology that Turkey sells to Ukraine.

Bayraktar SİHAs procured from Turkey became Ukraine’s biggest defense trump card against the invasion initiated by Russia. Turkey, which changed the course of the war thanks to Armed Unmanned Aerial Vehicles (SİHA), also gave the message of its development in war technologies to the world.

DOES NOT SPEAK THE LAST WORD

With the statement made by Selcuk Bayraktar, Turkey confirmed that the last word has not been said yet in terms of technological progress. A new development news came from Turkey, which has proven itself in the field of SİHAs and unmanned aerial vehicles.

IT WILL CHANGE THE LAYOUT OF ALL BATTLES!

After technological miracles such as Flags and Raiders, MIUS (Unmanned Combat Aircraft System) KIZILELMA(RED APPLE) took its place on the agenda. In addition, Selcuk Bayraktar increased his interest in this technology with the statement “The only UAV that can raise above the level of Bayraktar AKINCI” in his post.

REDAPPLE IS SUPERIOR THAN BAYRAKTAR AKINCI!

With its offensive maneuvers and advanced artificial intelligence, Bayraktar RED APPLE will be among the most powerful elements of the security forces in the field of combat in the future.

Bayraktar RED APPLE, which can land and take off on ships with short runways built by Turkey and is currently conducting cruise tests, will thus play an important role in overseas missions.

With the experience gained from Bayraktar TB2 and Bayraktar AKINCI, the aircraft, whose development studies are carried out entirely by Turkish engineers and technicians, will provide effectiveness against air targets with domestic air ammunition.

The feature of having a low radar cross section, which is seen as one of the most critical issues in the design processes of manned warplanes, was also taken into account in the design of Bayraktar RED APPLE.

TAKEOFF WEIGHT WILL BE 6 TONS

Bayraktar RED APPLE, which will successfully fulfill the most challenging tasks thanks to its low radar trace, is aimed to have a take-off weight of 6 tons.

The aircraft, which will use all of the ammunition developed nationally by Turkish engineers, will be a great power multiplier with a planned 1500 kilograms useful load capacity.

The RED APPLE project, which was shared with the public on July 20, 2021, was included in the integration line at the facilities on the production campus 8 months later, and we met with the production development model of the first prototype.

There is talk of starting work on the new variants of the RED APPLE, which is planned to leave the factory in 2023 and make its first flight. Two variants, subsonic and supersonic, which are foreseen for the versions to be developed, are circulating in the world of technology.

WHAT DOES RED APPLE MEAN?

‘Red‘ is a color generally considered valuable in Turkish culture, ‘apple’ has a mystical side; It is a fruit that is seen as a source of abundance, fertility and healing. However, it is thought that the symbol of the RED APPLE is not based on the apple, but on the ‘red ball’ describing the Sun and the Moon in the Ancient Turks. This ‘ball’, which adorned the flags in ancient times, was sometimes a sign of victory, sometimes a symbol of domination, and sometimes a target to be conquered.

Considered in this way, this technology has a very meaningful meaning. Moreover, it is undeniable that the SİHA models currently produced by Turkey provide great advantages to their owners during the war. How do you think this technology, which is as ambitious as its name, will change the balance? You can share your thoughts with us in the comments. ‘Storms’ in Deep Space Could Be Gateways to New Worlds 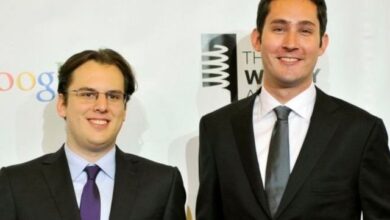 Instagram’s Founders Are Back With A New App