Today in the bulletin: Labor force data published by TUIK, Kremlin Spokesperson Peskov’s statements about NATO, Ukrainian President Zelenski’s statements and RTÜK’s 2021 Activity Report are included.
Book recommendation: 14 of the best books published this year, according to BBC Culture.
Playlist of the day: Blues on the Rocks
Happy Days!

• Turkish Statistical Institute (TUIK) published February labor force data. According to the data, unemployment decreased by 178 thousand people in February compared to the previous month and decreased to 10.7%.

Inactive workforce: The broadly defined unemployment (vacant workforce) rate also dropped to 21.8% this month, compared to the previous month.
• After reaching the highest level since 2018 with 6.98 billion dollars, the current account deficit in Turkey became 5.15 billion dollars in February.

Perspective: According to the CBRT’s assessment, the foreign trade deficit increased by 3.9 billion dollars in February and reached 6 billion dollars, causing the current account deficit to be exhausted.
• Treasury and Finance Minister Nureddin Nebati announced that they are working on savings products that are protected from inflation during his meeting with the business world in Mardin.

• While the World Bank lowered its 2022 growth expectation for Turkey from 2% to 1.4%, it increased its 2023 growth expectation from 3% to 3.2%. The bank said in the report, “The ongoing war in Ukraine has increased commodity prices. This situation is expected to cause additional pressures on Turkish inflation and further damage real returns.” I said.

On the other hand: The World Bank has announced that it predicts that the Ukrainian economy will shrink by 45% this year due to the Russian occupation.
• According to the interest rate survey of Bloomberg HT, the market expects the Central Bank to keep the policy rate constant at 14% at the Monetary Policy Committee meeting on April 14.

• Twitter CEO Parag Agrawal announced that Twitter’s largest shareholder, Elon Musk, has decided not to join the company’s board of directors. Twitter shares fell nearly 2.9% in premarket trading after the announcement.

• Société Générale announced that it has reached an agreement to sell its shares in Russia-based Rosbank to Interros Capital, following its decision to exit Russia.

Why is it important? Société Générale announced that the exit would hurt more than $3 billion in revenue. It is known that Russian citizen Vladimir Potanin, owner of Interros Capital, is also on Canada’s sanctions list.
• Mercedes-Benz announced that it aims to halve its carbon emissions by 2030. The company also announced that it will try to meet 70% of the energy it needs for production with renewable energy by 2030.

Perspective: In the report “Climate Change 2022: Mitigation of Climate Change” published by the Intergovernmental Panel on Climate Change (IPCC) within the United Nations, it was stated that carbon emissions should be reduced by 43% by 2030.
• It has been suggested that the European Union competition regulator will file additional charges against Apple in connection with its antitrust investigation into streaming music following Spotify’s complaint.

What happened? In 2019, Spotify filed a complaint with the European Commission, stating that Apple was “acting both as player and arbitrator” with App Store rules restricting user experience.
• The WWDC event, where Apple will introduce new software products, will be held virtually this year between June 6-10. According to the news of Mark Gurman from Bloomberg, it is estimated that two new devices will be announced at the event, where the beta version of iOS 16 is expected to be released, one of which is estimated to be the new MacBook Air.

• Epic Games reached a valuation of 31.5 billion dollars after an investment of 2 billion dollars. Fortnite’s developer said it will use the investment from Sony and KIRKBI to “build a metaverse that fits the company’s vision and continue its growth.”

A view from the destroyed building in Makariv

• Kremlin spokesman Dmitry Peskov described NATO as “an instrument of conflict rather than an alliance that maintains peace and stability” and said that “further enlargement of the Alliance would certainly not increase security in Europe” regarding Sweden and Finland’s requests to join the union. .

Meeting with: Austrian Prime Minister Karl Nehammer met with Russian President Vladimir Putin in Moscow. “Our meeting with Putin was very clear, open and challenging. The most important message I gave to Putin was that the war must end immediately, because there is no winner,” Nehammer said in a statement after the meeting.
Zelensky’s statement: Ukrainian President Volodymyr Zelenski said that Russia should be prepared for more extensive operations in the east of their country. Describing Russia as a “coward”, Zelenski said, “They can use more missiles against us, they can even bomb us more from the air. But we are prepared for their actions. We will respond.” Zelenski said that the number of people who lost their lives in Mariupol may have reached tens of thousands.
Foreign Affairs Council Meeting: The foreign ministers of the European Union member countries came together at the Foreign Affairs Council Meeting. EU High Representative for Foreign Relations and Security Policy Josep Borrell stated that they discussed the invasion of Ukraine and new sanctions against Russia at the meeting and said, “Nothing is taboo about sanctions. This may include Russian oil and gas.”
War crimes investigation: A team from France reportedly traveled to Kiev to investigate Russia’s allegations of war crimes in Ukraine.
Humanitarian corridors: It has been reported that the Ukrainian and Russian authorities have agreed on nine humanitarian corridors, and the evacuation of people from the regions in the east of the country has been started.
Statement of “continue with operations”: Russian Foreign Minister Sergey Lavrov said before the next round of peace talks that “Russia will not stop its military operation in Ukraine”.
Alleged invasion to the east: After Zelensky’s statements, political analysts suggested that Russia was preparing to intensify its attacks in eastern Ukraine.

• Istanbul Metropolitan Municipality (IMM) Mayor Ekrem İmamoğlu said, “Municipalities cannot be the reason for the hike. We are the result. All of these are the result of bad management of the economy.”

• Ankara Metropolitan Mayor Mansur Yavaş visited IYI Party leader Meral Akşener and CHP leader Kemal Kılıçdaroğlu. Inviting the leaders to the program where the municipality’s 3-year activity report will be presented, Yavaş said, “I don’t comment on such things. A mayor should only do his job from the moment he is elected.” said.

What happened? Victory Party leader Ümit Özdağ announced that they would support Mansur Yavaş as a presidential candidate in the general election.

• The 11th hearing of the case regarding the murder of university student Pınar Gültekin by Cemal Metin Avcı in Muğla was adjourned to 16 May after the accused Metin Avcı stated that he would “present new evidence” and requested a postponement.

• In the parliamentary elections in Pakistan, Sharif Shahbaz, the leader of the opposition party, was elected as the new prime minister of the country.

What happened? In the no-confidence vote in the Pakistani Parliament on Sunday, Imran Khan was voted “no” and his government fell. Khan claims that he was conspired by the United States because of close relations with Russia and China during his administration.

• The United Kingdom announced that it will impose sanctions on Republika Srpska leader Milorad Dodik and politician Željka Cvijanović for their “activities to hinder the legitimacy and functioning of Bosnia and Herzegovina”.

What does it cover? It was stated that two separatist politicians will be banned from travel and their assets will be frozen.

• Kaden Groves from BikeExchange Jayco team won the second stage of the 57th Presidential Cycling Tour of Turkey, which was run for 158 km between Selçuk and Alaçatı. Caleb Ewan of Lotto Soudal is leading the individual overall classification. The third stage will be run between Çeşme and İzmir today.

• Play-In matches in the NBA, whose regular season has ended, will be played on April 12-15.

Players: The national team that will compete in Group 1 matches to be played on April 11-16; It consists of İpek Öz, Pemra Özgen, Berfu Cengiz, Zeynep Dönmez and Ayla Aksu.
On the other hand: Another important tennis event this week will take place at Monte-Carlo Country Club. Novak Djokovic returns to the courts with the Rolex Monte-Carlo Masters from the Professional Tennis Association (ATP) 1000 tournaments.

• Featured matches of the day:

STORY OF THE DAY

RTÜK Annual Report: 56 million Turkish lira fined
Radio and Television Supreme Council (RTÜK) has published its 2021 Annual Report. Accordingly, RTÜK decided to impose 1,661 fines on media organizations within a year. The total amount of fines was 55 million 822 thousand 366 liras and 70 kuruş. According to the report, RTÜK collected a total of 17 million 10 thousand 985 liras from these fines.

It was announced that a total of 44 thousand 176 “Citizen Notifications” were received by the RTÜK Communication Center last year. It was determined that 64.3% of the reporters were men and 35.7% were women; 33.4% of them were university graduates, 25.1% high school graduates and 14.1% primary school graduates. It was reported that the type of program that received the highest number of complaints was “TV Series”.

The most frequently mentioned complaints in citizen notifications are “Violation of the principle of general morality, moral values ​​and the protection of the family”, “Publications that contain humiliating, humiliating or slanderous statements beyond the limits of criticism of the organization/persons, contrary to human dignity and privacy”, “Child and publication that is detrimental to the physical, mental or moral development of young people”. 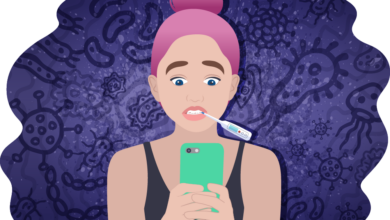 The New Disease of the Age What is Cyberchondria? 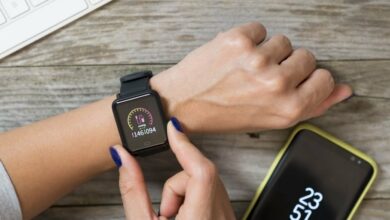 Monkeypox Virus Spotted in Another Country 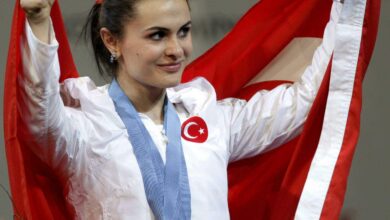 Who is Nurcan Taylan?