Emmanuel Macron, who defeated his far-right rival Marine Le Pen in the second round elections held in France last week, was re-elected president.

Increasing his vote rate compared to 2017, Macron was attacked by tomatoes during a market visit in the city of Cergy. In the footage shot by BFMTV, Cherry tomatoes were thrown at Macron, who was re-elected 3 days ago and visited a market in Cergy, while the guards and the people of the city were around. One of the thrown tomatoes hit two Macron’s close bodyguards.

THEY HAVE LAUNCHED EGG BEFORE

His bodyguards opened an umbrella over his head to protect Macron’s inner circle. Macron continued his visit to the city. Last year, Macron threw an egg while visiting a fair in Lyon. 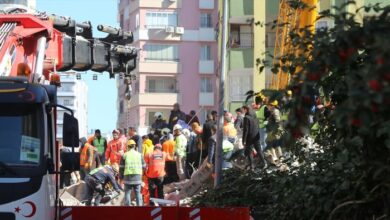