Historical Elevator is a historical building located in Izmir. It is an elevator tower that houses two elevators operating between Mithatpasa Street, one 58 m higher than the other, and Sehit Nihatbey Street. Built in 1907 by Jewish businessman “Nesim Levi (Bayraklioglu)”, the elevator was built to provide fast and easy transportation between two districts, one of which is reached by 155 steps from the other. 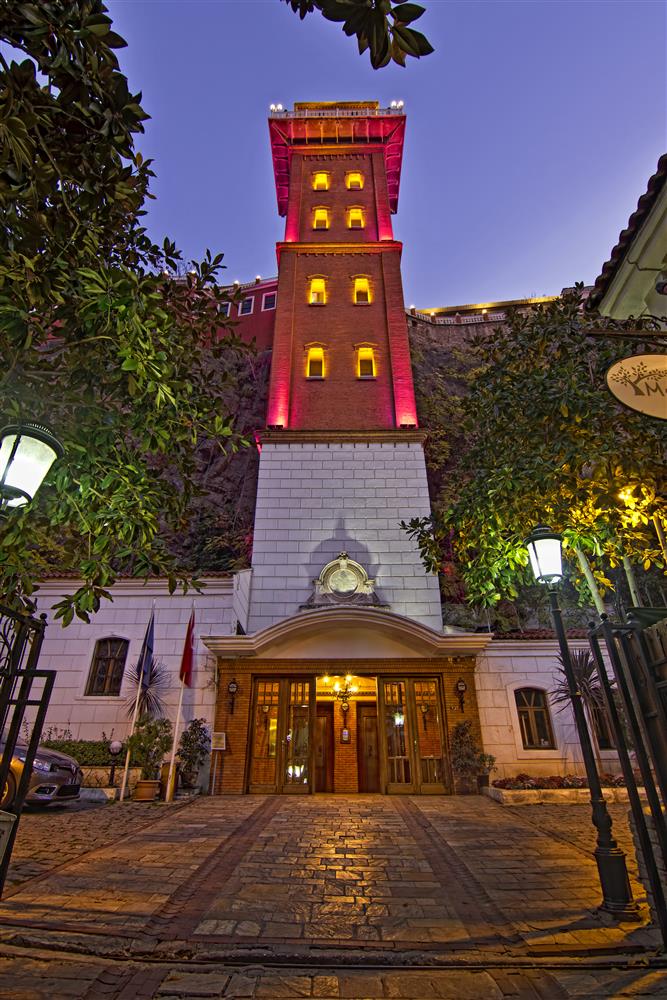 Today, it is used by the Izmir Metropolitan Municipality as a place of entertainment, culture and recreation; It is an important touristic stop of the city. The elevator was built by laying bricks on the stone structure, and the brick floors that shrink down to the balcony were brought exclusively from Marseille. After the elevator was built, they placed an inscription on the entrance door, and on that inscription the authors wrote “The elevator was built in 1907 by Nesim Levi Bayraklioglu” in both French and Hebrew. In addition, at the arrival point of the elevator, there is a wooden balcony and the balustrades of this balcony are decorated with beautiful motifs. A double cabin was placed in the building where everything was carefully considered. The cabin on the left was powered by water vapor and the cabin on the right was powered by electricity. A hydraulic boiler room was built next to the entrance on the Mithatpasa side and an engine room next to the exit on the Halil Rifat Pasa side. From 1907 to the present, it has lost nothing of its glamorous appearance. The Historical Elevator, which has survived for more than 100 years, is a must-see place for those who visit the city. The historical building, which currently serves as a cafe, bar, restaurant, has a magnificent location where you can watch the unique Izmir view and take dazzling photos. It is open to visitors from 8 am to 12 pm, every day of the week. 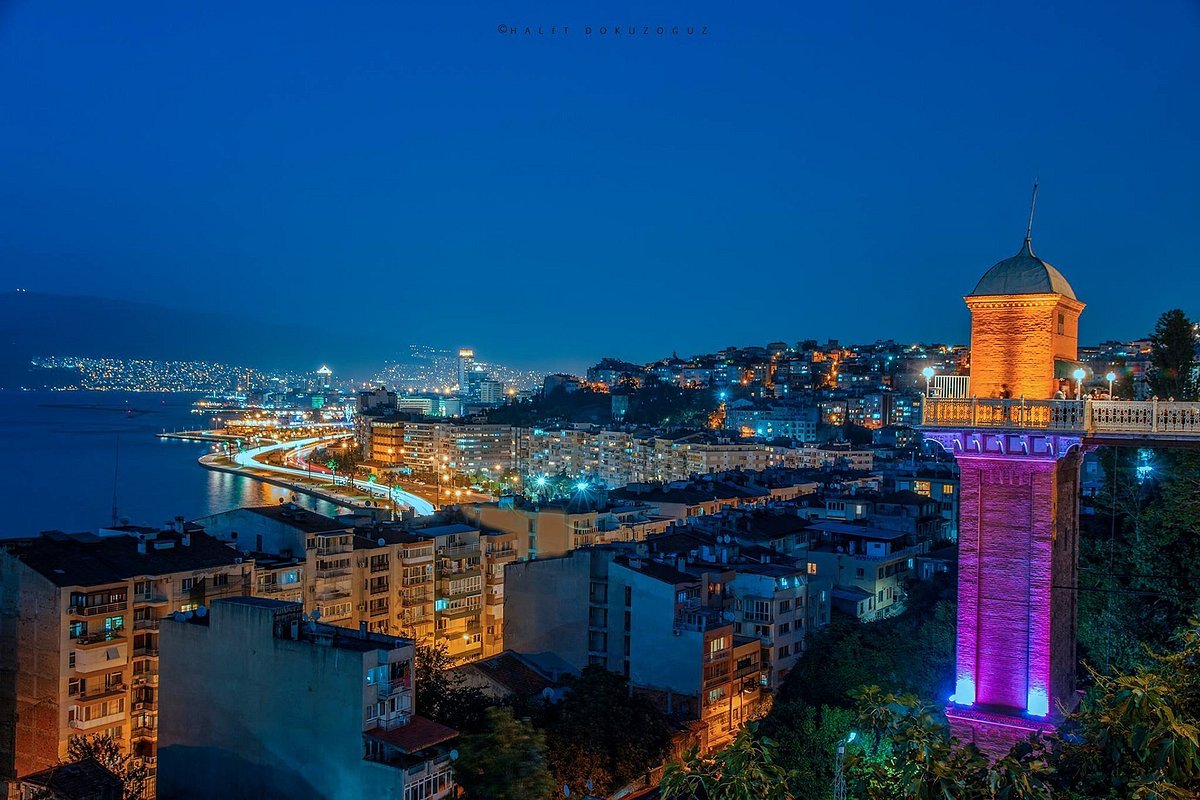 Access to the historical elevator is very easy. When you get off at Karataş stop by Halkapınar-Fahrettin Altay Tram and cross the inner street parallel to the beach, Dario Moreno Street is reached.