Harran University is located in Sanliurfa. If you are wondering about how the university life in Sanliurfa, then you should read this article to get an idea about study in Harran University. Sanliurfa, where Harran University is located, is one of the oldest cities in Anatolia with its history dating back eleven thousand years from today. Since Sanliurfa is located at the intersection of rich Anatolian culture and Mesopotamian culture, it has a vast cultural accumulation. The historical city of Harran, which gave its name to the university, is 44 km from Sanliurfa. It is a city center located in the southeast, which has witnessed important events in history. The real importance of Harran, which was also the capital of the Umayyads for a period, stems from its being an important science center since before Islam. Important studies were carried out in the fields of astronomy, medicine, mathematics, philosophy and religion in the Harran School, which was considered the university of its period. Harran continues to attract attention today as a tourism destination. The university aims to raise intellectual people who are progressive, creative, democrat, followers of Ataturk’s principles and Revolutions, who have adopted science as a principle. It also  aims to continuously improve and develop in education, research and practice.

The central campus of Harran University is built on a 27,000 decare land on the 18th kilometer of the Sanliurfa-Mardin Highway. Faculty of Science and Literature, Engineering, Economics and Administrative Sciences, Theology, Education, Agriculture, Health Sciences, Medicine and Fine Arts, School of Physical Education and Sports, School of Tourism and Hotel Management, State Conservatory provides education. Infrastructure works have been completed, it is one of Turkey’s largest university campus. The state dormitory which has 2000 student capacity, serves in the campus. In addition, Ataturk Arboretum, El-Battani Library, 5000-person Central Cafeteria, Social Facilities, Amphitheater, lodgings, Olympic Indoor Swimming Pool used in sports activities of Harran University and 3000-person capacity Indoor Sports Hall have been completed and are in service in Osmanbey Campus . Also, Osmanbey Campus has an Artificial Lake.

Harran University is in the Harran district of Sanliurfa province. Transportation is provided by municipal buses.

The School of Foreign Languages, which operates in the University Yenisehir Campus, provides foreign language education and training at a contemporary level. If the English level of the students who are studying in the program that is fully or 30% in foreign language, is not sufficient, they receive training to improve their language knowledge and skills in English Preparatory Programs run by the School of Foreign Languages.

Harran University Library and Documentation Department Central Library was established in 1993. The library served its readers in a building belonging to the Faculty of Arts and Sciences on Osmanbey Campus between 2003-2013, and in 2014 it was moved to its own service building with a closed area of 7900 square meters in Osmanbey Campus. The library consists of a four-story building. On these floors, there are conference halls, reader rooms, collection halls, internet halls, group study rooms, cafeteria and administrative service rooms. 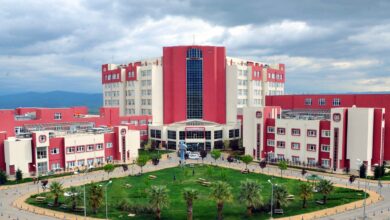 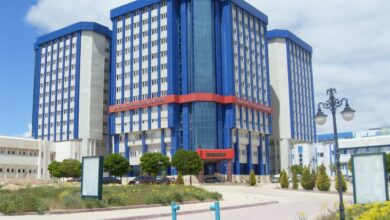 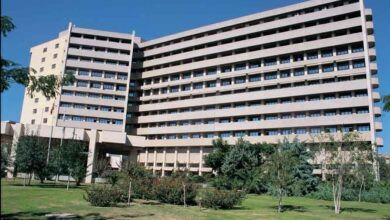 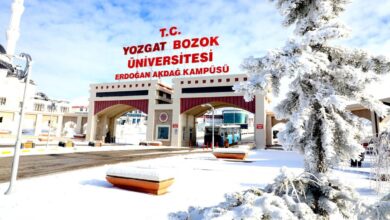