Beyoğlu is located in the European side of Istanbul. It is one of the first settlements of İstanbul. It is known in history as “Pera”, meaning “opposite collar”. Galata, within the borders of Beyoğlu, was a region where Genoese lived mostly during the Byzantine period. Beyoğlu was included in the administrative structure as a district of İstanbul in 1924. Beyoğlu, which also included Beşiktaş and Şişli in the first years of the Republic, became the current state after the establishment of Beşiktaş district in 1930 and other administrative record. The district is neighbor to Eyüp, Kağıthane, Şişli and Beşiktaş in the north and Fatih and Eminönü districts in the south. Üsküdar is the neighbor of Beyoğlu on the Anatolian side of the Bosphorus. Beyoğlu is one of the most important tourism destinations of İstanbul and is an important attraction point for foreign tourists. Check out the most comprehensive Beyoğlu district guide now. You will find the answers of many questions like “Places to see in Beyoğlu” or “How to get to Beyoğlu?” in this guide.

Do you want to get detailed information about hospitals in Beyoğlu? If you’re, our special health guide will be helpful for you. In Beyoğlu, there are 1 state hospitals and 2 private hospitals. In addition, there are many medical centers such as eye hospitals, oral and dental health clinics in the district.

If you are looking for real estate for sale in Beyoğlu or real estate for rent in Beyoğlu, you are on the right page. As of the end of June 2020, the prices of houses for sale in the district of Beyoğlu in Istanbul decreased by 14.28% in the last year. The average housing size is 98 square meters. Considering the annual averages, the neighborhoods that gained the most value in the Beyoğlu district of Istanbul for housing as of the end of June 2020 were Kılıçali Paşa, Tomtom, Kaptanpaşa, Şahkulu, Kulaksız respectively.

Accommodation in Beyoğlu is an important issue for people who visit city for different purposes like tourism or business. Thanks to Taksim Square and Istiklal Street, there are many hotels and guesthouses all around the Beyoğlu city. You can find 5-star hotel chains and different hotels for every budgets in this district.

Check out the “Best places to visit in Beyoğlu” or “Top 10 things to do and see in Beyoğlu” questions in this guide. Thanks to the rich historical atmosphere, Beyoğlu has a lot of places to see. Taksim Square and Istiklal Street are the most crowded locations of Istanbul with amazing historical value. Millions of people visit there every day. Talimhane is one of the important centers of Beyoğlu that has undergone great changes in a very short time. Talimhane, whose buildings have been restored, was freed from signage pollution and the landscaping of the street was reconstructed. Many shops, cafes and hotels were put into service. Galata Tower is an important symbols of Beyoğlu with unique architechture.

Check out the Istanbul subway map below : 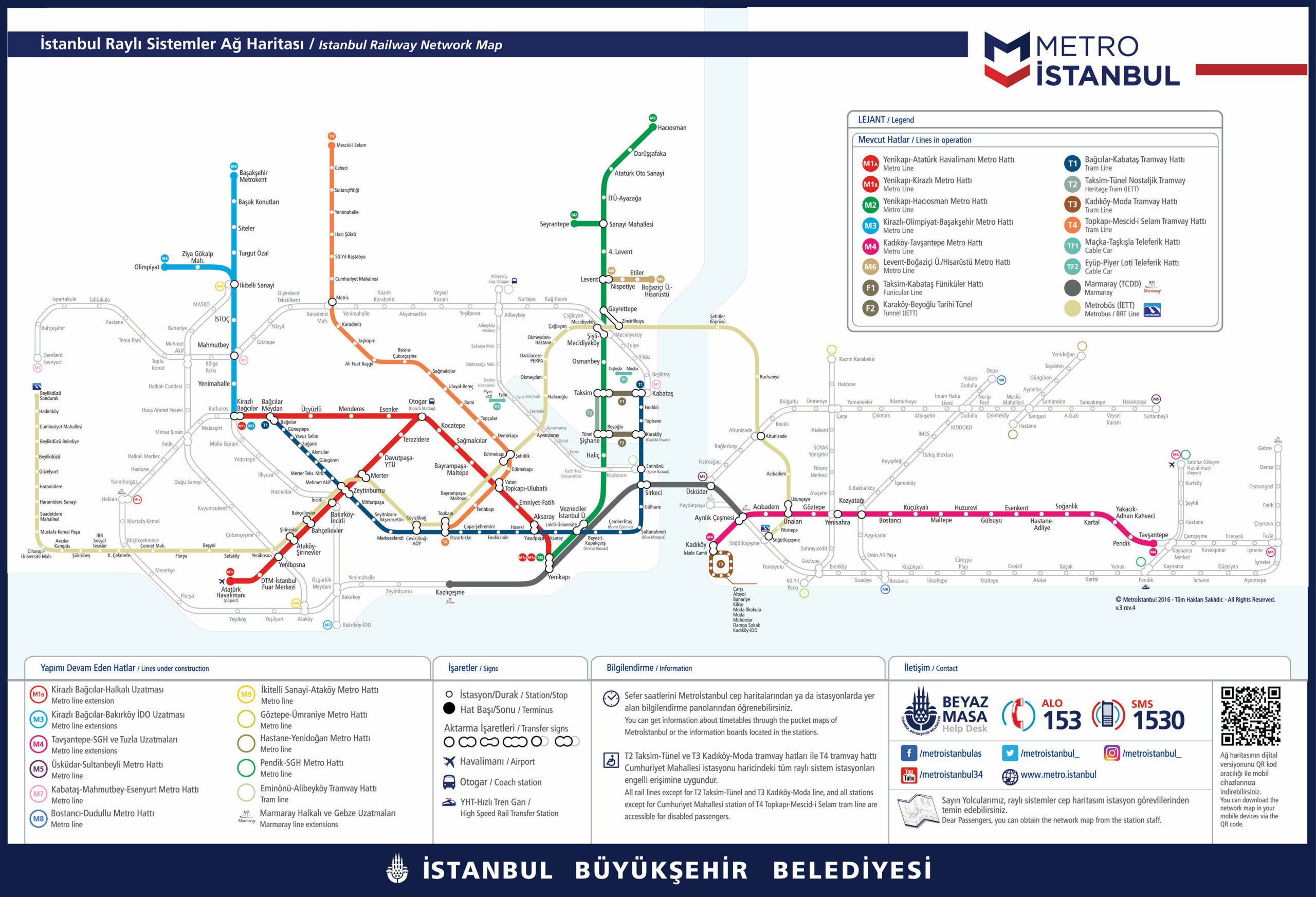