Hadrianus Gate or Uckapilar is one of the monumental gates on the city wall surrounding the city in Antalya. Also called marble door. It was addressed to the Roman Emperor Hadrianus during his visit to Antalya in 130 AD. Uckapilar is one of the best preserved historical buildings in Antalya. This building, which is a Roman work, was built in 130 AD in the name of the Roman Emperor Hadrian. 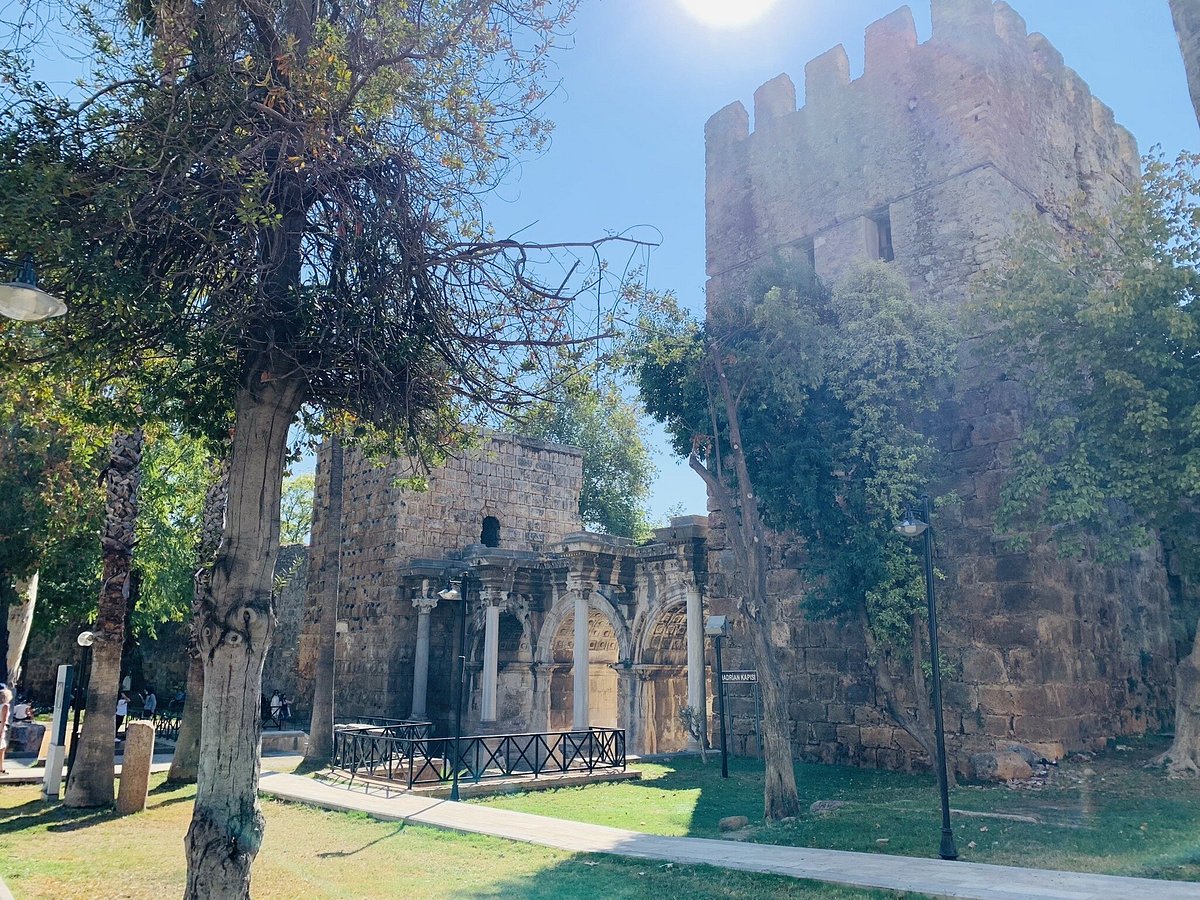 Over time, the city walls closed the outer part of the door and the door was not used for many years. Perhaps this is one reason why the work has survived until today without being destroyed. The gate was unearthed after the ruins of the city wall were demolished. Uckapilar is considered as the most beautiful gate of Pamphylia. There are three dome-shaped openings on the upper part. It is made entirely of white marble except for the columns. The original door has two floors. Hadrianus Gate or Uckapilar is one of the monumental gates on the city wall surrounding the city in Antalya. In addition, one of the gates of the old city of Antalya within the city walls is now commonly referred to as the “Three Doors“. The three-eyed door has a Latin inscription. 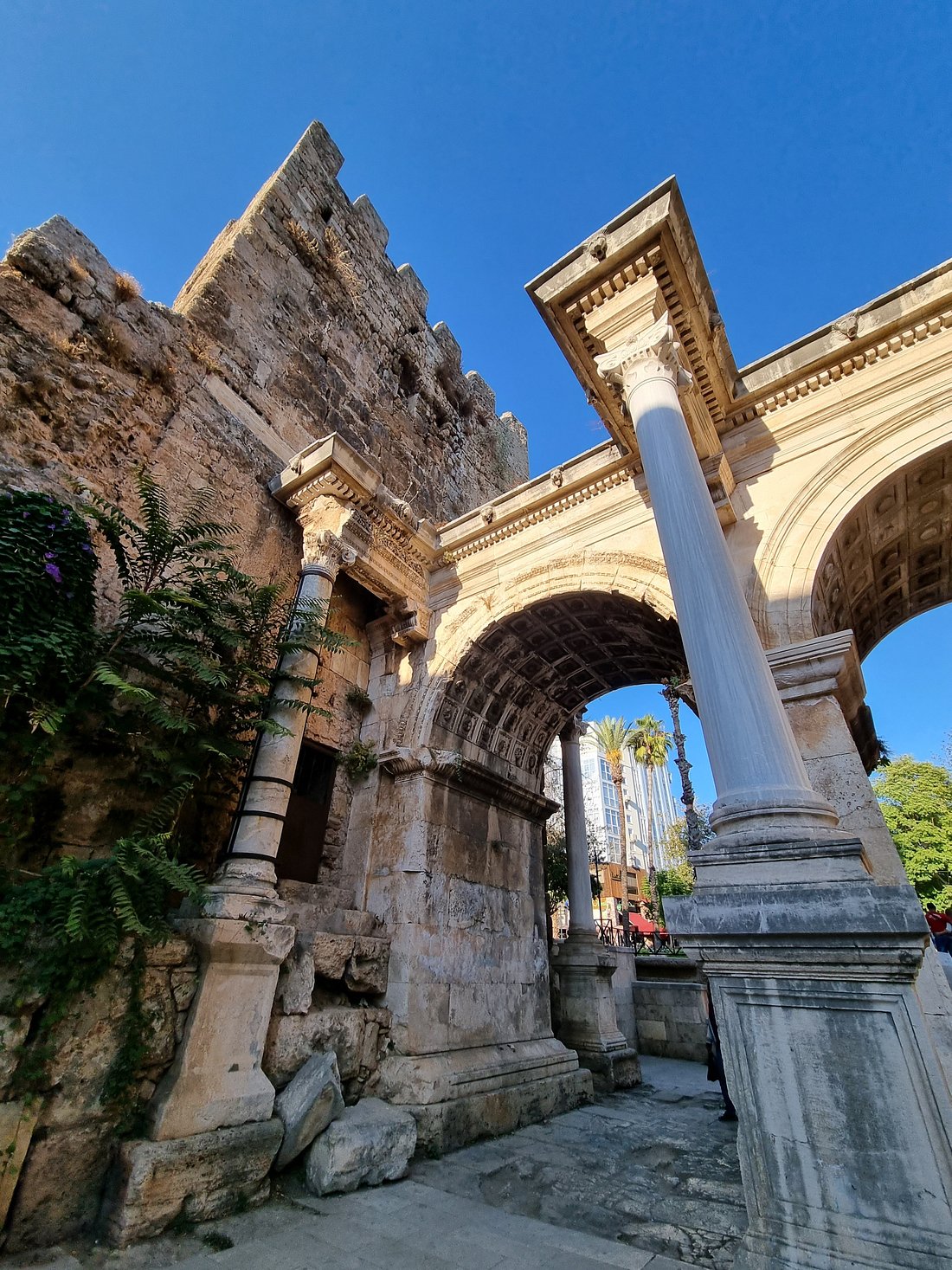 Over time, the city walls closed the outer part of the door and the door was not used for many years. Of the marble columns decorated in the Corinthian style and the statues of the emperor and his family on the door, only inscriptions have survived to this day. Last known, the historical gate was reconsidered in the 1960s. Marble Corinthian columns and Corinthian capitals were placed instead of pyramidal columns extending to the cornices on the side of the front three doors that appeared before 1960. Nowadays, the Three Doors opening to the Karakas Mosque and its crossroad serve as a passage connecting Ataturk Street (Isiklar Caddesi) and the old city Kaleici. 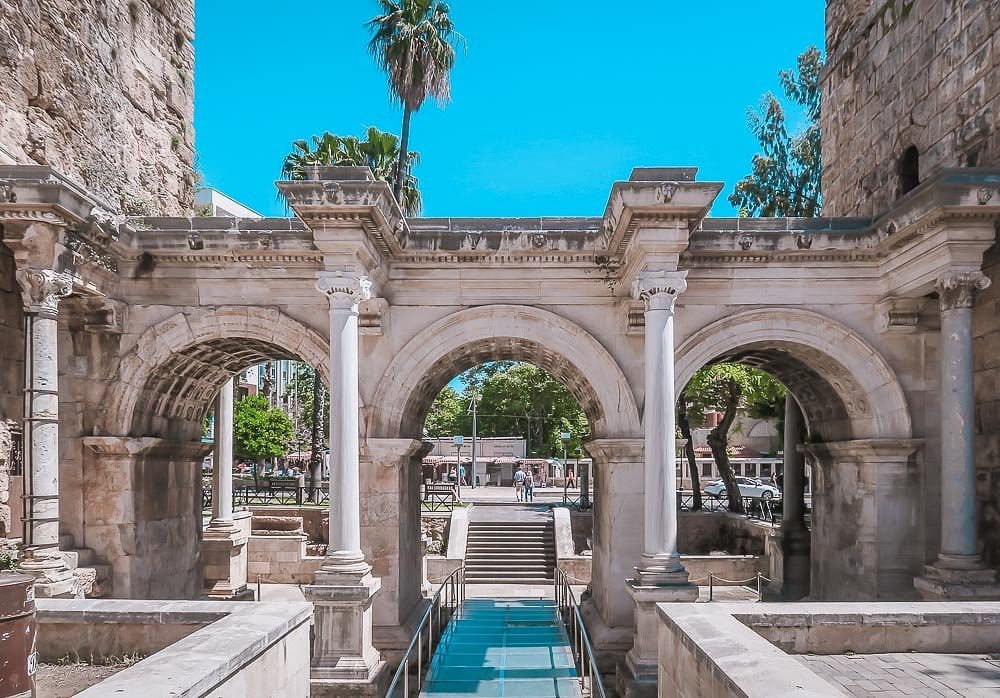 Hadrianus Gate is located in Barbaros District in Murat Pasa district of Antalya. To reach Hadrianus gate, you need to take the minibuses from the center of Antalya in the direction of Kaleici.