If you ask any person who is the most famous chef in Turkey, everyone knows the answer-Nusret Gokce. He is not only an Instagram star, but also a star of Turkey. Thanks to him, the attendance of restaurants in Istanbul, when he works here, reaches the point when people wait in line for an hour just to try the dish of the Instagram star.

The story that made him famous

The popularity of the meat guru is a matter of one moment, or rather one video.He posted one viral video, which later became his “calling card”. It’s easy enough to find it, just enter “Ottoman Steak”. It was viewed 10 million times on Instagram, after which Gokce was dubbed Salt Bae (“the guy with salt”) for an unusual way to sprinkle salt on meat: lifting a pinch into the air to the level of the forearm, drop large salt crystals from the fingertips to the elbow, so that from there they slide onto the dish. Thanks to the wide reposting of the video, Gokce has gained incredible popularity on Youtube, thanks to which celebrities and politicians from all over the world have become frequent in the restaurant.

Most of Nusret’s meat establishments are located in Istanbul and are divided into two types: steak houses and burgers. The first are more expensive, the latter are more democratic. But steakhouses also serve burgers. The restaurants are called Nusr-et. It’s a play on words: et is translated from Turkish as “meat”. That’s what it means from birth lucky with naming!

The first Nusr-et restaurant opened on the outskirts of Istanbul. There are queues there in the evenings and on weekends, so it makes sense to either book a table in advance or come in the afternoon.

How to see Nusret live?

It’s both easy and difficult at the same time. If you subscribe to his Instagram (@nusr_et ), then you can track which country he is in, and then you should order the most expensive dish and he will cut it for you and make a signature gesture with salt.

Life hack. Nusret may pay attention to you if you are sitting with a small child. There is a chance that he will come to your table and put a special bib on the child.

Hello, I'm Maria, I live in Istanbul. I love traveling and discovering new places. I share my trips on Expat Guide Turkey. 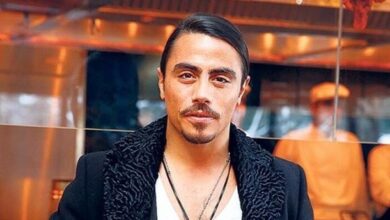