While a great deal of water loss has occurred in Lake Van, the world’s largest soda lake, due to the effect of global climate change, the natural wonders of the microbialites at the bottom of the water have also completely emerged.

Microbialites, which resemble coral reefs and are described as “underwater fairy chimneys” in Lake Van, have an important place in terms of diving tourism. With the new discovery, the world’s largest Microbialite reefs, thought to be 70,000 years old, located in Lake Van in Turkey, are found with a length of 32.2 meters.

The excessive evaporation and decrease in precipitation due to the increase in temperature in Lake Van caused a decrease in the water level.

The withdrawal of water in some coastal areas of Lake Van also negatively affected the microbialite structures in the depths of the lake. Microbialites, only a small part of which were visible in the past years, were completely revealed this time with the receding waters.

“LAKE VAN IS VERY SPECIAL IN TERMS OF ECOSYSTEM”

Speaking to the İHA reporter, Professor from Van YYU Faculty of Letters, Department of Geography. Dr. Faruk Alaeddinoglu stated that Lake Van lost area over a long period of time.

Stating that the level loss in Van Lake is due to three negative reasons, Prof. Dr. Alaeddinoglu said, “The first of these causes water loss in the lake as a result of the heat due to global warming and the evaporation brought by the heat. Secondly, the decrease in precipitation prevents surface flows from reaching the lake, and thirdly, the inability to feed groundwater because the soil cannot be fed, causing a decrease in the level of the lake fed by groundwater. Lake Van is really special in terms of ecosystem. One of these features is microbialites. Each of the microbialites formed as a result of thousands of years of accumulation in the lake is a natural wonder.

“THIS IS A SITUATION WE DON’T WANT”

Stating that the landing of microbialites with the withdrawal of water will negatively affect diving tourism, Alaeddinoglu said, “They are structures that were noticed for the first time while diving sports and today people from different regions travel to watch them and interact with them in some way. Unfortunately, with the withdrawal of water in the lake, we see that the loss in the coastal area also occurs vertically. The vertical drop made the microbialites that should have been under the lake and flourishing visible from the land. This is a problematic situation that we do not want,” he said.

Explosive Package Sent to Madrid Embassy in the USA 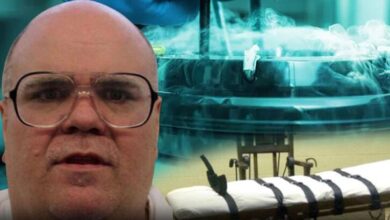 He Couldn’t Be Executed for 23 Years Due to Fear of Needles! 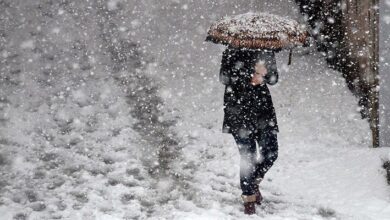 Germany Opens Its Doors To Turks!