The history of Kemeralti Bazaar, which is one of the first places to come to mind when talking about places to visit in Izmir, dates back to the 1600s. It has continued to be one of the most important trade areas that has not lost its importance since ancient times. Kemeralti is one of the liveliest addresses of Izmir, which spreads over a wide area of 270 hectares and is one of the biggest open air bazaars of Turkey. It is one of the centers frequented by those living in Izmir, it is also one of the first stops for those who come to explore the city. Combining the traces of the past with today’s texture, the bazaar  stands out as one of the historical buildings worth seeing with its inns and fountains, as well as colorful stores where you can meet your every need. 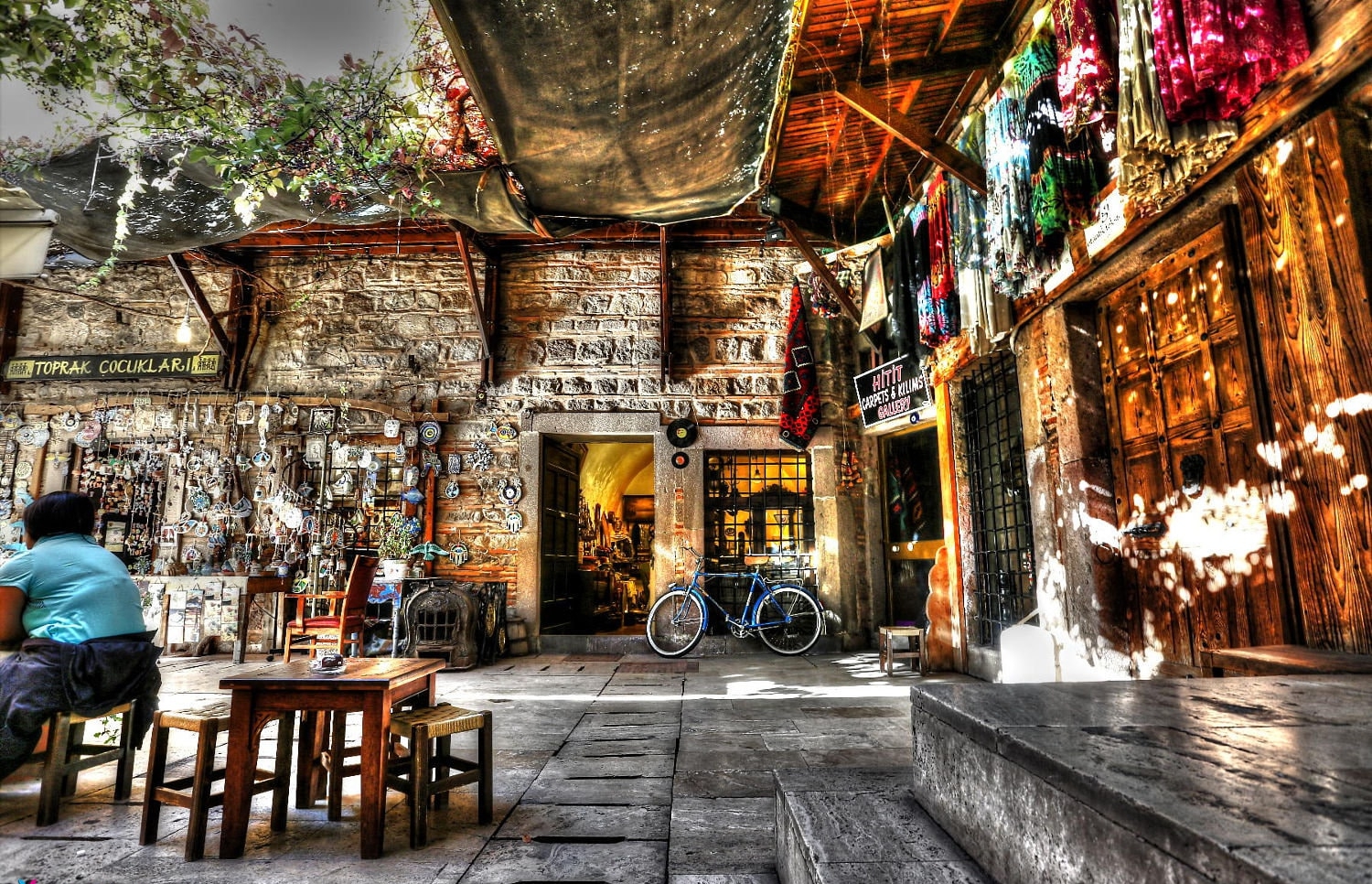 Kemeraltı has played an important role in Izmir’s commercial life from past to present, with its history and shopping enthusiasts, as well as gourmets with its restaurants where you can taste the special flavors of the city. In its early years, Kemeralti Bazaar was like a covered bazaar with vaults and tiles and covering the streets. The bazaar preserved this feature until the end of the 19th century. Some of the side streets, which are open today, were covered with barrel vaults. In the past, The shops here mostly catered to the needs of local people and low-income families. The bazaar included merchants such as blacksmiths, coal mills, nailers, spice sellers, and the straw bazaar. Each business in Kemeralti Bazaar had separate sections in groups. Today, Kemeralti Bazaar has moved away from this feature and has become an important shopping center in Izmir. Although some of the vaulted and domed shops have preserved their characteristics, mostly modern business centers, shops, cafeterias and cinemas are gathered here. In addition to these, there are also shops where ceramics, tile panels, wood works, metal works, flat woven mats, carpets and rugs that reflect Turkish handicraft samples are sold.

Access to Kemeralti is very easy. Because the bazaar is located in Konak, which can be regarded as the heart of Izmir. Entrance from Konak is provided through the roads behind the Clock Tower. You can enter Kemeraltı from many more places. You can easily reach the historical bazaar if you get off at Konak or Cankaya Stations by using Izmir metro.