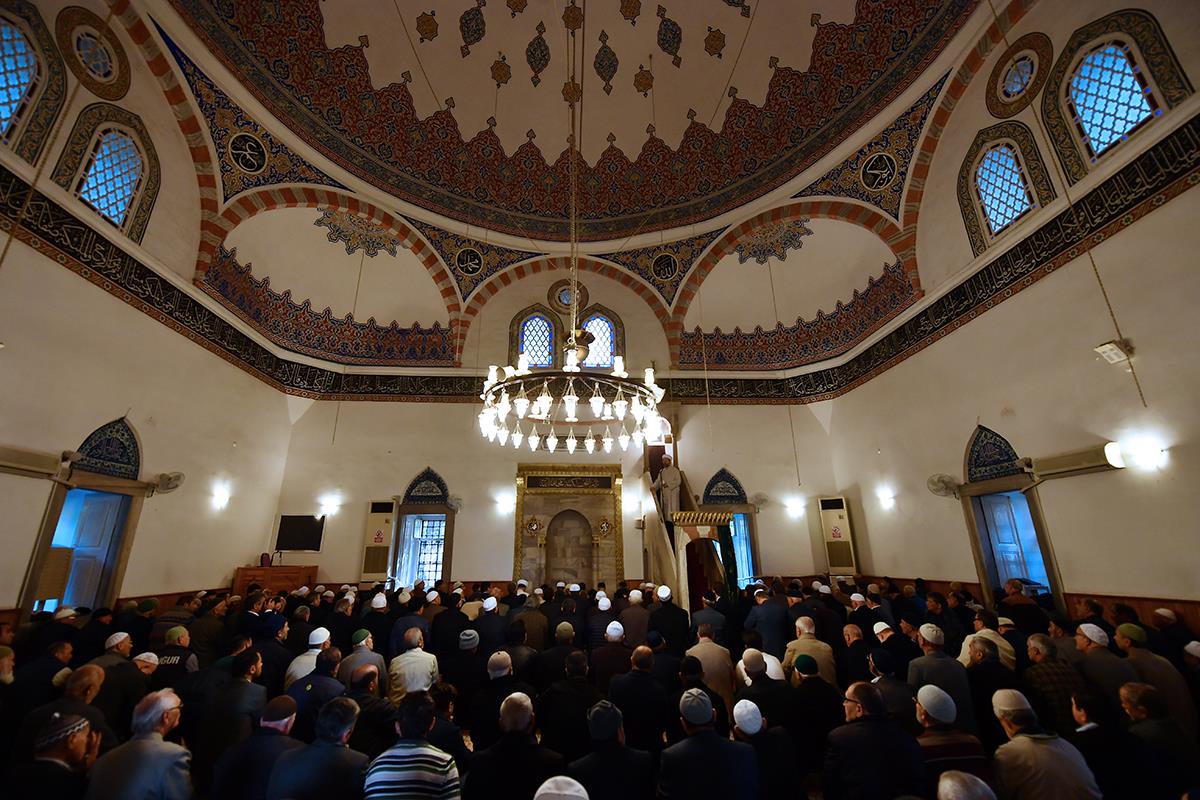 Murat Pasa Mosque is located in the center of Antalya within the boundaries of Muratpasa district. Although the mosque was built in 1570 in the Ottoman period, the traces of Seljuk calligraphy art can be found in the mosque. The use of spolia, which is seen in many Turkish-Islamic works in Anatolia, was also used in the construction of the mosque. Especially the columns behind the narthex and their capitals made according to the Corinthian order are the most distinctive spolia materials in the architectural work. The discovery of two Murat Pasa associated with Antalya during this period of Ottoman history created confusion about the person who built the mosque. Based on Evliya Celebi’s Seyahatname for many years, although the mosque was referred to as the Kuyucu Murat Pasa Mosque for many years, the data obtained in recent years showed that the mosque was not built by Kuyucu Murat Pasa, who was the grand vizier of the Ottoman Empire during this period and was known for his oppressive rule. It was revealed that Karaman Bey Murat Pasa had it built. Antalya The mosque body wall is completely made of cut stones. Inside, a handcrafted inscription frieze runs through the upper parts of these walls. Tromp interiors, spaces and dome are completely decorated with light colored floral motifs on a dark background. It was repaired in 1960. 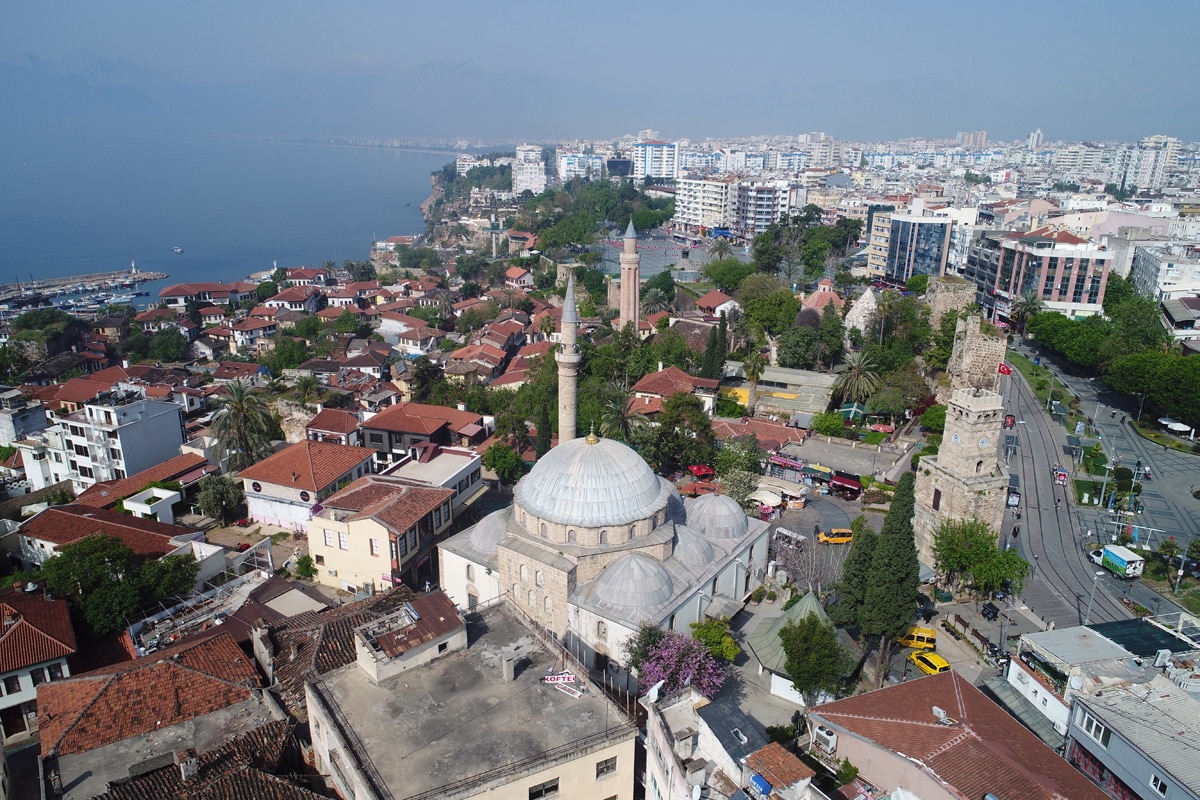