Roman Fedortsov, a fishing boat in the Murmansk region of northwest Russia, photographs and shares interesting fish caught in his net. Here are some examples from Fedortsov’s 18 years of work. The fish caught in the net of Roman Fedortsov, who was fishing in the deep sea in Murmansk, caught everyone’s attention while he was trawling. Feeling the difference from the moment he saw the fish in the net, Fedortsov took the fish into a special bucket right next to him.

This fish, whose eyes and scales are unlike any fish caught before, also attracted the attention of social media users. The photo shared by Roman Fedortsov received close to 5 thousand likes in a short time.

Known for catching terrifying creatures in the seas, Roman Fedortsov said that this fish was a first for him and he had never caught such a fish before. There are many interesting fish and sea creatures that Roman Fedortsov has caught before.

Here is that fish: 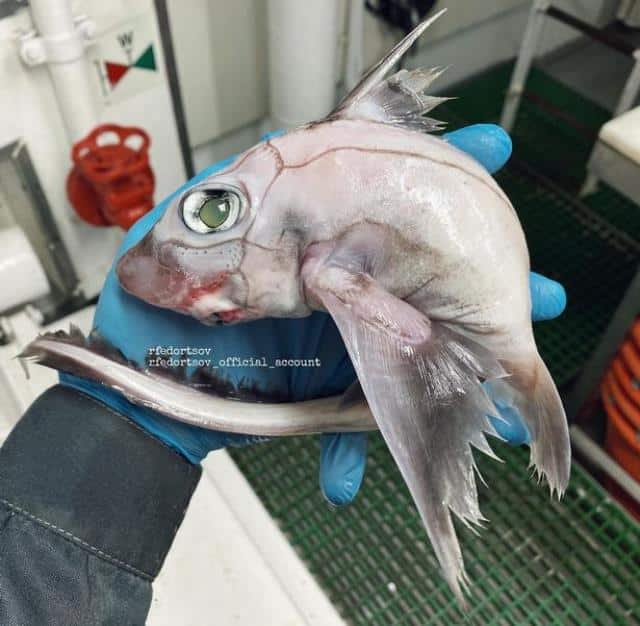