Altındağ is one of the metropolitan districts of Ankara with around four hundred thousand population. The district is adjacent to Çubuk, Pursaklar, Keçiören,Yenimahalle, Mamak, Çankaya Akyurt and Elmadağ. Ankara has been established in the Altındağ region and has become a residential area throughout history. Therefore, Altındağ district is known as “Old Ankara”. For this reason, there are many historical places to visit in Altındağ district, especially the most valuable museums in the country. On the other hand, Republic of Turkey established the first Parliament building which is located in this district. There are also historical artifacts belonging to the Roman and Byzantine periods in the Altındağ district.

Check out the most comprehensive Altındağ district guide now. You will find the answers of many questions like “Places to see in Altındağ” or “How to get to Altındağ?” in this guide.

Do you want to get detailed information about hospitals in Altındağ? If you’re, our special health guide will be helpful for you. In Altındağ, there are 4 state hospitals, 2 university hospitals, 1 military hospital and 4 private hospitals. In addition, there are many medical centers such as eye hospitals, dialysis centers, psychiatry center, oncology center, oral and dental health clinics in the district.

If you are looking for real estate for sale in Altındağ or real estate for rent in Altındağ, you are on the right page. As of the end of August 2020 in Ankara, Altındağ district, the prices of houses for sale have increased by 10.91% in the last year. Average for sale residential property size is 135 square meters. Considering the annual averages, the neighborhoods that gained the most value in Ankara province Altındağ district as of the end of August 2020 were Ali Ersoy, Sakarya, Güneşevler, Karapürçek, Başpınar, respectively.

Accommodation in Altındağ is an important issue for people who visit city for different purposes like tourism or business. You can find a lot of hotels that are suitable for every kind of budget in the borders of district.

Check out the “Best places to visit in Akyurt” or “Top 10 things to do and see in Akyurt” questions in this guide. Altındağ is one of the richest districts of the Ankara in terms of historical buildings and museums. On the other hand, there are many parks, culture and arts centers in the district. Cenabi Ahmet Pasha Mosque and Hacı Bayram-ı Veli Mosque are important structures that reflect the history of the district and therefore the city. In addition, Anatolian Civilizations Museum, Ankara Ethnography Museum and Ankara State Painting and Sculpture Museum in the district attract the attention of local and foreign tourists. The Victory Monument in Ulus, Ankara Castle, Suluhan Bazaar, Roman Bath, Augustus Temple, Julianus Column, Ankara War of Independence Museum and Republic Museum are other important historical places to visit. Gençlik Park, Altınpark and Hamamönü are among the places where you can enjoy your time in Ankara.

Altındağ has bus and railway transportation alternatives. You can use EGO buses or ÖHO buses to visit different districts of the city. You can also use minibuses for inner transportation in the district. Altındağ is 15 kilometers away from Ankara Esenboğa International Airport. On the other hand, it is possible to reach the district by İzmir Blue Train, South Express and East Express. 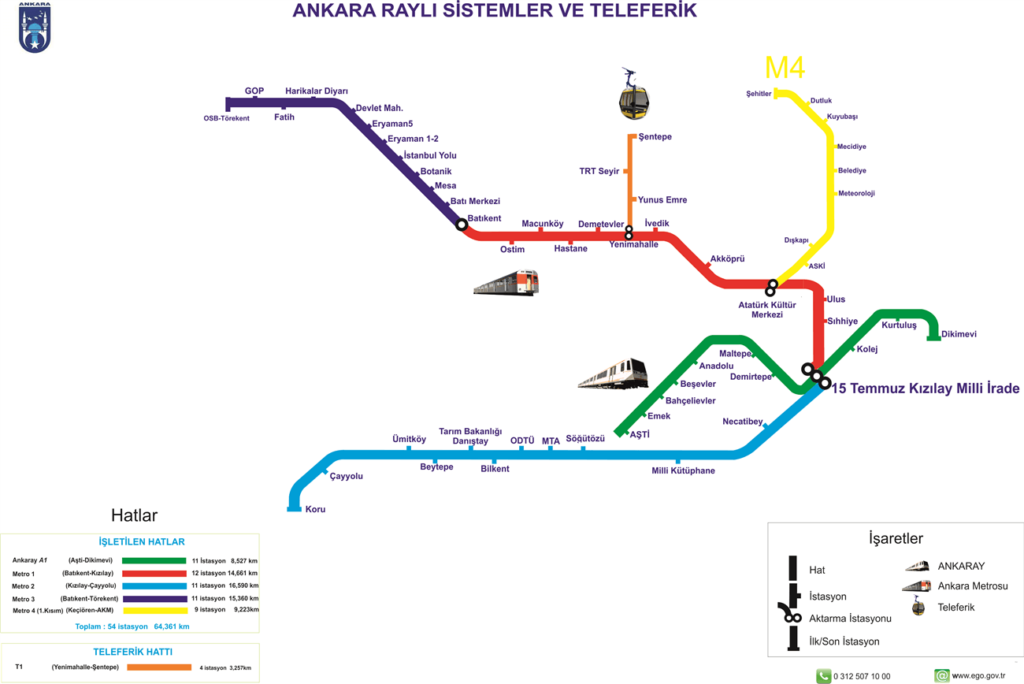